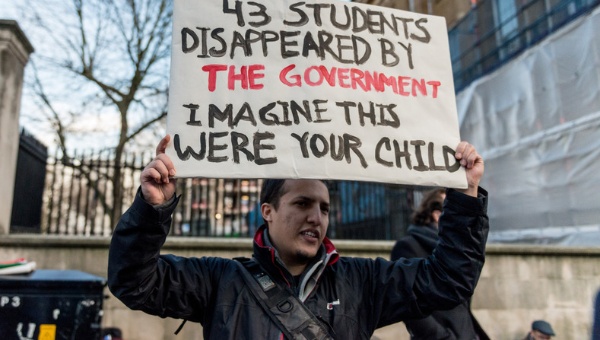 After being questioned by over 100 international delegates earlier this week in Switzerland, the Universal Periodic Review of the UN Human Rights Council has come to the resounding conclusion that Mexico still faces countless challenges in human rights.

It is the second time President Enrique Pena Nieto’s government has been under scrutiny in the review and the third time that the country has undergone the assessment, which many NGOs believe the country has essentially failed.

In what might be a blow for the outgoing president, the review sets to underpin the PRI’s governance of the country and their seeming failure to reduce staggering impunity levels and corruption.

Of the areas that were brought to light, such as the Ayotzinapa disappearances and failing security measures, the protection of journalists and human rights defenders also played a prominent role.

According to Animal Politico, the strengthening of press security was the most recurring recommendation to come from the discussions. Raising concern over the death of 40 journalists and 116 activists in the last six years, according to Animal Politico,  the investigation also looked into individual cases where journalists are believed to have died despite having government protections in place.

Despite a number of organisations – such as Articulo 19 and Periodistas Sin Fronteras – working relentlessly to record and support the work of journalists within the country, a number of attacks and violence towards news reporters goes unrecorded. What’s more, at least ten journalists have been killed this year alone, and Mexico has the highest rate of press disappearances around the globe.  It reveals a relentless attack on both freedom of speech within Mexico and the unprecedented element of fear that is invoked through investigations into criminal activity, cartel organisations and the workings of the Mexican government.

The Federal Mechanism for the Protection of Human Rights Defenders and Journalists, which is used by Mexicans who have had their lives threatened, came into play in 2012. However, it will only be effective until December of this year. According to the UN hearing, authorities have demanded that more is done to protect the initiative, believed to already be overwhelmed with recent enrollment.

The scope of violence against journalists and activists has seen up to 80 reports of violent threats this year alone. The threats, which can vary from messages on social media to physical abuse, are often directed at people investigating or campaigning against corruption and crime – yet the rise in deaths this year means many opt to use the protection programme.

With both federal and state protection mechanisms, there are also concerns that journalists with state-level support are often seeking protection from the very authorities trusted with guarding them. Just over two months ago Mario Gómez Sanchez was gunned down by armed motorbikers, however human rights groups could not explain why his protection mechanism was removed before his killing. The State Attorney General’s office declined to comment when contacted by Aztec Reports.

The damning report was met with a differing response by the Mexican delegation leader, who spoke in an interview about Pena Nieto’s commitments to protect journalists and defenders. Contrary to the claims, however, there have been rumours that little funding is being allocated to state protection methods and that allocated money could all but run out this month.

Migrant caravan presses on into Guanajuato