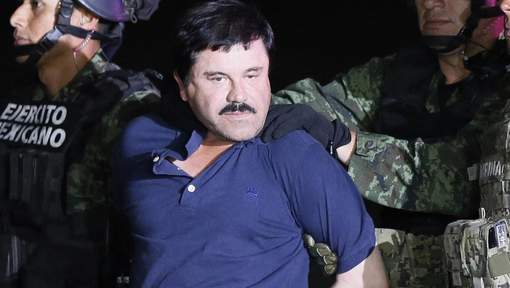 In just over a week, Joaquin ‘El Chapo’ Guzman is set to face trial in the United States for a plethora of narcotics charges.

Having become one of Mexico’s most infamous and deadly drug kingpins, he is believed to have smuggled at least 200 tonnes of cocaine into the US and orchestrated countless murders whilst he was in charge of the Sinaloa cartel.

With his character the protagonist of the eponymous Netflix show, El Chapo’s reputation as a, his reputation as drug lord has been mirrored to that of his Colombian counterpart Pablo Escobar, who contributed to decades of conflict in Medellin as well as other areas of the South American country. Propelled to a newfound ‘fame’ as a result of international TV dramas, his upcoming trial is expected to draw considerable media attention. According to the Associated Press, the drug conspiracy charges come alongside increased security concerns throughout the trial and large risks for those who are testifying against the cartel founder.

The 61-year-old faces 11 counts of drugs trafficking, money and weapons laundering and if found guilty can expect a life sentence for his time as Mexico’s largest drug cartel leader. Founded in 1989, El Chapo became the most notorious drug leader within the country and one of the most wanted people worldwide. Having started as an orange seller in his youth, he assumed the position of leader in 1989 and propelled the cartel to international power amidst fierce rivalries with other Mexican cartels. His fame was sealed as a result of two successful escapes from high-security prisons, one which saw him hide in a laundry cart and the second involving a long underground tunnel.  Guzman was caught and imprisoned in 2014 before several prison escapes and eventual extradition to the United States. El Chapo has since remained in custody in the United States yet has pleaded not guilty to a number of charges that have been brought against him.

According to Clarin, the drug lord remains a somewhat popular figure in the Sinaloa region and even as recently as last week, residents claim that El Chapo had made donations in order to support Mexicans who had been affected by the recent Hurricane Willa.

Although El Chapo has been behind bars for some time now, it is believed that the cartel continues to function despite having their leader in jail. Instead of stemming the flow of drugs, severing the leadership has led to a number of splinter cartels and increased violence throughout the country as people battle to take control. The Guardian noted, just as with the death of Escobar, little appears to have changed in drug circles except a shift in trafficking routes.

Considered one of the most high-profile trials to go forward in the United States, it is believed that the defence is deflecting blame onto the witnesses, who are painted to be even more dangerous than El Chapo. The jury is to be kept anonymous and everyone will also have a guard throughout the case, and there appear to be no cutting of corners in tightening security around the courthouse.

Still hundreds of miles to the US border: Migrants begin to enter Mexico City