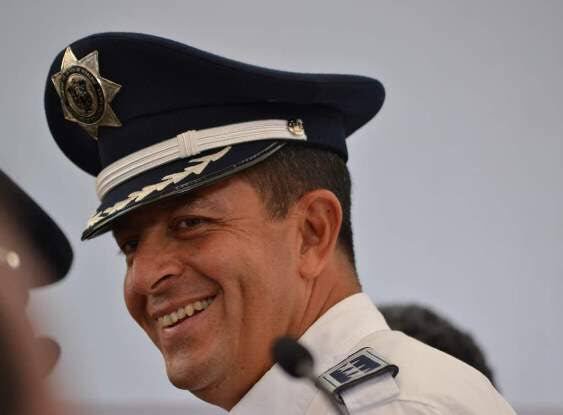 The former Secretary of Public Security in the state of Veracruz, Arturo Bermudez Zurita, has been allowed to leave jail and will face trial outside prison walls following a judge’s order.

Bermudez, who was in office during the tenure of disgraced ex-governor Javier Duarte, is believed to have orchestrated a number of forced disappearances whilst in political power. He follows a number of other members of Duarte’s former government that have been implicated in corruption scandals, money laundering and violence.

Bermudez has been identified as the strong man of Duarte’s state government, the leader of which is now facing nine years in jail for countless abuses of political power.

Having overseen the police forces of the state, Bermudez is directly implicated in the numerous acts of violence that the police used against civilians as well as a number of high-profile killings such as that of the 22-year-old singer, Gibran Mártiz.

Since taking up his role in 2011, Duarte had allegedly allowed the police chief unlimited power to exercise control across the state of Veracruz as well as providing him with four billion pesos to create a ‘super police force.’ He remained a discreet figure in the Duarte government despite playing a central role in supporting Duarte’s grip on power and enforcing the wider fear factor of the state authorities.

Bermudez was remanded in custody at the end of August this year, as the figures around Duarte continued to be toppled.

Yesterday’s court ruling saw the accused’s defence team argue that the crime of forced disappearances does not warrant pre-trial detention.  The decision is believed to also be applied to the former prosecutor of Veracruz, Luis Ángel Bravo, who is anticipated to be released from prison today.

On the basis of the agreement, Bermudez will pay one million pesos (US$48,800)  for bail, hand over his passport, register with the court on a weekly basis and not approach any of the witnesses involved with the trial.

The decision was contested by the public prosecution team, who have called out the move as a failure to the citizens of Veracruz.

In a statement from the prosecution office, they explained that there are countless testimonies of surviving victims, eyewitness accounts and expert opinions which all directly link Bermudez to a series of violent crimes and forced disappearances. Due to the ‘solid evidence’ against the former security chief, prosecutors argued that preventative detention is a necessary measure.

Whilst Duarte was condemned to nine years in prison just a few months ago, a number of his associates have recently been released from prison on bail. Associated with the PRI party that recently handed over power in Mexico, controversy erupted and the Veracruz government was widely implicated in organised crime rings, despite previously being heralded by the PRI as the future of the party.

Over 17 journalists were killed in Veracruz whilst Duarte was in power amidst a number of other heinous cases of mass graves that are believed to have involved police collusion and government authorities. Earlier this year a mass grave containing 250 skulls was found in Veracruz, an act that was believed to have been carried out whilst Duarte was in power.

Alongside grizzly cases of violence, Duarte was accused of stealing almost US$3 billion worth of public funds and being involved with vast money laundering of state funds.

Last Tuesday, Francisco Valencia Garcia, the state’s former water commissioner, was released from prison, as well as Mauricio Audirac, the ex-secretary of Finance and Planning. All those accused will enjoy relative freedom in the run up to their trials.