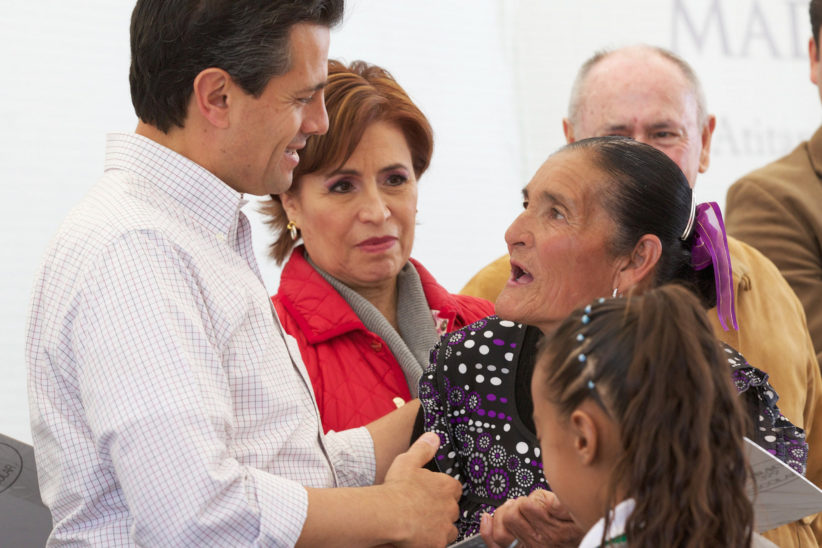 Calls have been made to launch an investigation into the former dealings of politician Rosario Robles, amidst ongoing claims of vast corruption throughout her position. The government official is currently serving as Secretary of Social Development as well as maintaining a long record of political positions, however, she has been accused by leading Senators of involvement in vast money mishandling.

According to a report from Animal Politico, in 2014 funds from the Ministry of Social Development in which she was heading were transferred to ‘ghost’ companies before being withdrawn in cash sums. The amount, it has been revealed, totalled over 700 million pesos (approx US$36 million) which was apparently transferred to over ten locations. Alongside this, up to 76 companies benefited from service contracts during her tenure.

Despite a long history in politics which have seen Robles stand in as the first female mayor of Mexico City following the resignation of Cuauhtémoc Cárdenas, the 61-year-old  has continued to face allegations of corruption after the leak of various videos which tie her to unsavoury characters.

The suspicious transfers and subsequent withdrawals of funds to eight different countries, reported Forbes Mexico, was detected by the Superior Audit of the Federation and is believed to have occurred through a ‘triangulation of deposits.’ The allegations have then been spearheaded by Senator Ricardo Monreal, who has called the situation a scandal and pointed out that it cannot go unpunished.  Monreal has brought the accusations firmly into the spotlight and called on the incoming government to take serious action on the politician, reflecting the deep-seated corruption rife throughout government. The Senator was joined by Gustavo Madero, senator of the PAN, amongst others who demand those responsible for the corruptions to be sanctioned.

What Monreal has demanded is an Investigative Commission to be created by the Senate and Legislative Powers which could then orchestrate an audit into the extent of the crimes.

Contrary to these allegations, however, Robles has spoken out against the claims and pointed out her innocence in the matter.

The extent of the money theft that occurred whilst Robles was overseeing the department continues to be exposed by investigations launched by the media. A partnership between Animal Politico and Mexicans Against Corruption and Impunity pointed out that the politician’s department was in charge of distributing food packages worth 555 million pesos (approx US$30 million)  around the country. The investigation then revealed that just 7% of this target was actually met and no proof existed that the department had made attempts to fully support the reduction of poverty in the country. Of the companies which appear to eventually have received the money, just one is noted to be legal, the investigation concluded.

Despite having taken place several years ago, Robles is yet to be held accountable in any way for the thefts that occurred within her department. Though she continues to claim transparency in her work, it is believed that the failure of justice so far links to governmental delays and but more insider misdealings. Going forward it is believed that the Political Coordination Board will study the case and look into sanctions.

Just three months before AMLO takes the Presidency in Mexico, there have already been numerous calls from across the government to firmly attack political corruption and address the issue of cartel violence.  Avoiding any delay in the appointments, December is set to mark a stringent clampdown on corruption and crime by the new leftist government, in a country tired of a political system that has in many ways failed its citizens. Part of his incoming promises also suggests that AMLO will receive half of the wage that Nieto earns as well as stopping the use of a presidential plane, even to the point of selling it off.