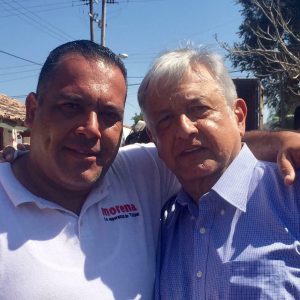 The body of Mexican news reporter, Jesus Alejandro Márquez Jiménez, was identified on Sunday after being found by the side of the Tepic-Pantanal highway in the state of Nayarit.

It marks the first murder of a member of the press under the newly inaugurated government of Andres Manuel Lopez Obrador, and points to 2018 being one of the deadliest for news workers in the country.

The journalist had been working as the director of publication Orión Informativo, and had also formerly been in the running to become councillor for the Morena party in Tuxpan last year, reported Excelsior. Marquez Jimenez had also been closely associated with the former mayor of San Blas, Hilario Ramirez ‘Layin’ and a prominent contributor to the areas news reporting.

Since the identification of the journalist’s body, human rights organisation, Articulo 19, has called for an in-depth investigation into the attacks to not only bring justice to the case but to also determine whether the murder was related to his line of work.

The country is currently facing a crisis that has plunged the country’s media reporting into increased danger. News reporters are now facing heightened levels of threatening behaviour, smear campaigns and attacks which are usually associated with organised crime groups in the country – and it joins alongside war-torn countries such as Syria and Libya who have some of the highest rates of journalist killings in the world.

Just last month, the UN Period Review brought up Mexico’s failed attempts to protect journalists, which has seen a growing number of attacks and killings in the media community.

Despite a number of organisations – such as Articulo 19 and Periodistas Sin Fronteras – working relentlessly to record and support the work of journalists within the country, a number of attacks and violence towards news reporters goes unrecorded. What’s more, at least ten journalists have been killed this year alone, and Mexico has the highest rate of press disappearances around the globe.  It reveals a relentless attack on both freedom of speech within Mexico and the unprecedented element of fear that is invoked through investigations into criminal activity, cartel organisations and the workings of the Mexican government.

The Federal Mechanism for the Protection of Human Rights Defenders and Journalists, which is used by Mexicans who have had their lives threatened, came into play in 2012. However, it will only be effective until December of this year. According to the UN hearing, authorities have demanded that more is done to protect the initiative, believed to already be overwhelmed with recent enrollment.

What has increasingly come to light in Mexico is the concern that attacks towards the media are heavily connected with government control. The majority of journalists who have faced attacks or threats of violence have been involved with corruption and crime investigations. Although protection programmes are in place and organisations such as Reporters Without Borders offer support to journalists, staggering levels of impunity mean just a small amount of murders are brought to justice, and a distrust of Mexico’s legal system and authorities comes to light.

AMLO has long run under an anti-corruption premise and pledged to straighten both the government and reduce organised crime and violence across the country. Taking over from a government which allowed for an impunity level of 99% against journalist attacks in the country, campaigners demand that more protection is put in place to safeguard Mexico’s access to balanced, truthful news.