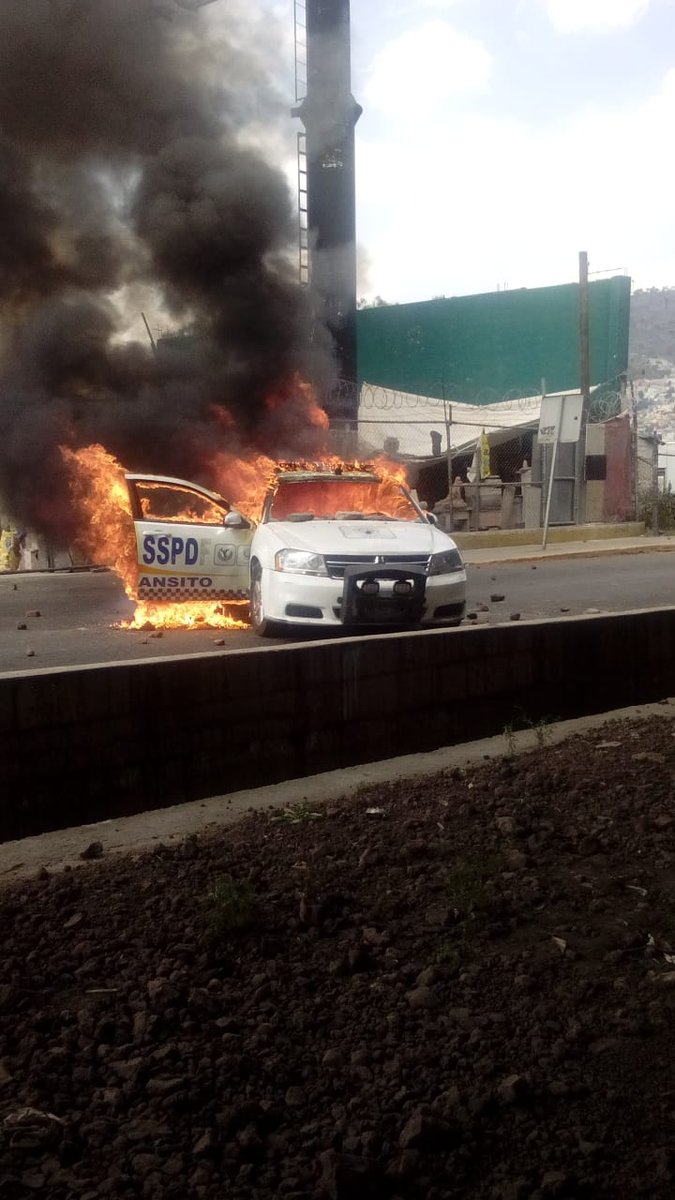 A confrontation between residents of San Juan Ixhatepec and federal police, which led to a highway blockade, violence and setting cars alight, has finally been halted after a 20-hour stand-off. The barricades of burning vehicles took the manpower of over 600 federal police officers to stop the conflict, reported Animal Politico.

It is believed that the conflict began on Sunday evening when members of the Public Security Secretariat (SSP), the name given to Mexico City’s police force, attempted to arrest alleged thieves in the San Juan Ixhuatepec area. The police efforts were met with attacks from local residents throwing stones which was then met with a response of tear gas from authorities.

The attempted arrests led to a further confrontation between residents and taxi drivers who are believed to have been trying to prevent the alleged thieves from being taken away. In a response to what locals claim is an abuse of authority, as well as damage to property in the area, locals took to closing a section of the highway in both directions.

By early Monday as many as three police patrol cars had been engulfed in flames as residents fought against the strength of federal forces. According to local reports, they were met with a response of 300 Mexico City officers with shields and further armoured vehicles.

Decades of corruption, combined with cartel influences and staggering levels of impunity, have fuelled a system of police abuse that appears to stretch far and wide across the country. Arguably more noticeable the further away you get from the country’s capital, there is an overwhelming distrust for Mexican police to this day. In Acapulco over two months ago, for instance, The Independent reported that an entire police force was disarmed after the discovery of major drug cartel corruption.

The distrust of Mexican police is merely accentuated by the unprecedented levels of violence that are taking place. Last year was documented as the most violent in the country’s modern history with regards to mortality rates, and this year is expected to surpass it.

Although the clashes in the last few days have finally been brought to an end without any threat to life or serious injury, it is believed that 51 investigations have been launched in relation to crimes that have taken place during the standoff such as damage to federal property and the theft of a nearby department store. The Attorney General’s Office is also believed to be collecting statements from local residents in relation to allegations of police abusing their positions.

Police forces have now been tasked with clearing the highway blockades and burnt-out vehicles. It is unclear whether any arrests were actually made.