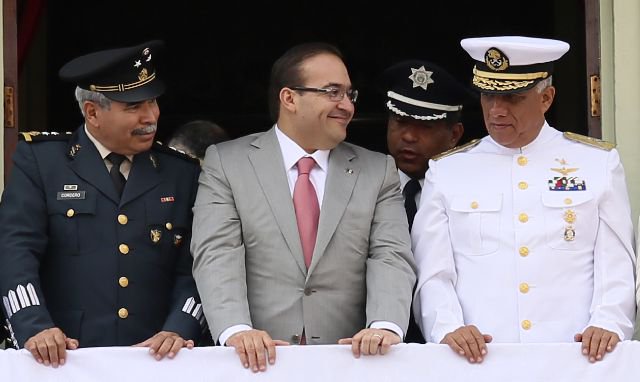 The former state governor of Veracruz has been sent to jail for nine years after a string of criminal and money laundering charges. Javier Duarte pleaded guilty before a judge on Wednesday to the charges of criminal collusion throughout his tenure, a time which saw record high violence levels and disappearances across the state.

Associated with the PRI party that recently lost power in Mexico, Javier Duarte had served as the governor of Veracruz between 2010 and 2016. It was early on in his tenure, however, that controversy erupted and the governor quickly became implicated in organised crime rings, despite previously being heralded by the PRI as the future of the party.

Alongside grizzly cases of violence, Duarte was accused of stealing almost $3 billion worth of public funds and being involved with vast money laundering of state funds. By 2016, the PRI had banned him from the party and following a warrant for his arrest he left the country. He faced his comeuppance when he was caught and arrested in Guatemala before being extradited in July 2017 back to Mexico.

According to Al Jazeera, Wednesday’s court ruling means that Duarte is expected to pay 58,890 pesos ($3,123) and hand over 40 properties that he owned, which would be reclaimed by the state. He faces nine years in federal prison, however the time that he has already been in jail is believed to already count to this time.

Mexico is currently facing a crisis of impunity which has seen a record number of cases go unsolved. It is widely believed that the lack of justice across the country is connected with the current political system, which is rife with corruption allegations and criminal involvement. The result has been staggering amounts of civilian deaths and disappearances, and an increasingly more violent attacks against journalists and public servants that stand against corruption. Although incoming president Andres Manuel Lopez Obrador has vowed to end corruption, some of his policies have been met with apprehension.

Man arrested in connection with murder of Chiapas journalist