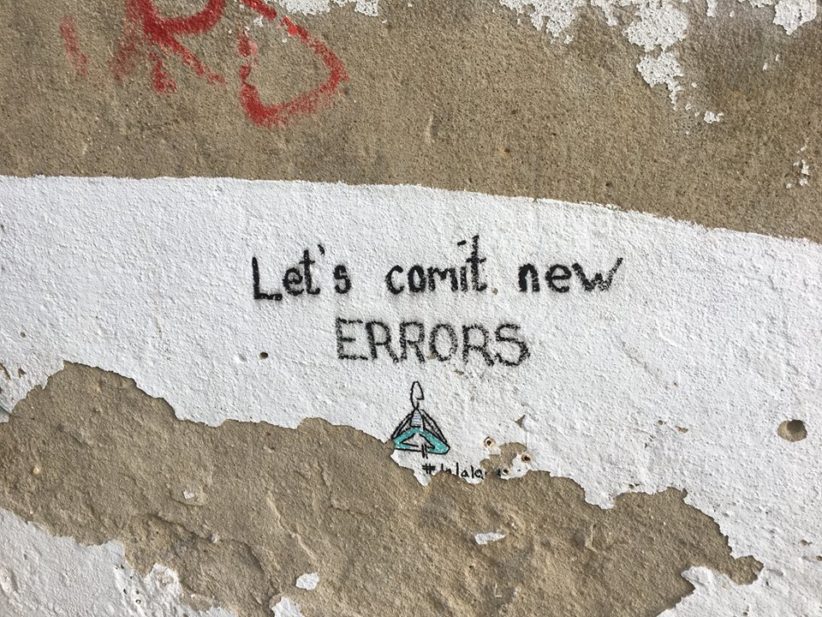 It was not so long ago that the founder of the Mexican Museum of Design received a loan from the United States. In pursuit of medical treatment, he then travelled to California in order to have a pacemaker fitted but, much to his infortune the doctor had fitted the device in the wrong side of his heart which led to infection. Upon his return to Mexico, the founder discovered that his employees had stolen everything from a company worth almost 6 million dollars, and on top of that the huge devaluation in the peso meant that his US loan had, in fact, become a massive debt.

It’s a true story and a highlight that Pepe Villatoro, founder of Fuckup Nights, found to be one of his favourite stories to be revealed at the now global entrepreneurial event.

In the entrepreneurial community, Fuckup Nights have become somewhat of a household event across the globe. Having taken the business and tech scene by storm, a plethora of startup pioneers are now brushing shoulders with the community’s leading CEO’s at regular gatherings that are now held in over 300 cities in 80 different countries. Even more, the event actually branches even further afield than just startups and by hosting stories from any kind of profession, binds the theme of failure as one that should be universally celebrated.

What they all have in common is an overarching belief that success is derived by learning from failure. From investment bankers to technology innovators, at Fuckup Nights everyone is encouraged to divulge their true guide of how not to’s.

What’s even better about Fuckup Nights is that this isn’t a project that was spawned in Silicon Valley or a coworking tech space in Berlin, this is straight out of Mexico.

‘‘We like to think that a fun, irreverent and somewhat countercultural organization that talks about failure and has a bad word as its name, had to be created in a magic, resilient and surreal place like Mexico,’’ points out Villatoro. 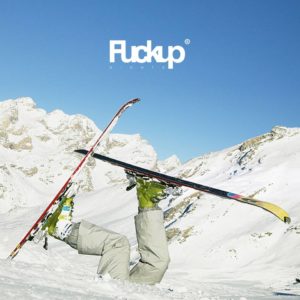 The journey to Fuckup Night’s success came from their own discussion of failure some six years ago. Villatoro recounts how, like most good things in life, he had gathered with friends to drink mescal (a potent Mexican liqueur) when a conversation erupted about their most impactful failures, which coincidentally all happened to be linked to entrepreneurship. Hooked by the entertaining discussions, it was in September 2012 when three speakers and an evening of drinking became the very first in a monthly series of Fuckup Nights. The journey was, however, merely beginning and by just word of mouth the momentum of the entrepreneurial evenings had spread across cities before they had even set up a social media account. Fast forward to today, and the global movement is now working with Fortune 500 corporations as well as collaborating with governments and development agencies to utilise the knowledge of failure into something that an annual 150,000 attendees can hope to learn from.

Mexico is, in fact, brimming with entrepreneurial success stories and belongs to an area of the world that is increasingly growing in its influence around the world.  Just recently in the digital world, Tijuana was pitted as the next Silicon Valley, due to its proximity to the United States and abundance of tech-savvy developers in the Californian timezone. In Mexico City, new coworking spaces such as WeWork are further binding the country’s most progressive entrepreneurs whilst social organisations such as Hola Code are preparing youngsters, as well as Mexican deportees who have returned from the United States, for careers in coding and development. And in Guadalajara, they saw the entrepreneurial community balloon from 450 to over 6,000 entrepreneurs in four years. But, these are successes, and what Fuckup Nights wants you to really focus on is the entertaining failures.

Whilst making it acceptable to live up to former mistakes, the global reach of Fuckup Nights has allowed for an important learning curve for the team behind it and especially the cultural differences that every single event relays. In the developing economies of Latin America, Villatoro points out that more hurdles are linked to corruption, less capital and painful processes of bureaucracy that are enough to send any company reeling.

‘‘At Fuckup, learning from these Latin American fuck up stories has influenced us positively to become a fast-growing, self-funded, global venture that aims to keep growing organically (not just for the sake of growth) and become an example for other decentralized, low-hierarchy models around the world that are based on values and impact,’’ Villatoro pointed out.

Continuing to learn from the stories they promote, not only have the Fuckup Nights team developed themselves, but they have has the global influence and it will continue to do so. The organisation’s next steps aim at creating further offices around the world whilst also gathering more data linked to global failure. This month, events can be found in Mexico, Colombia, Indonesia, Germany and Lebanon just to name a few. What the scope of this global movement serves to underscore, is that failure and the worldwide ability to overcome (and laugh about) it is not just what makes us human but also what makes us successful.

How can Mexico’s startups prepare for natural disasters?