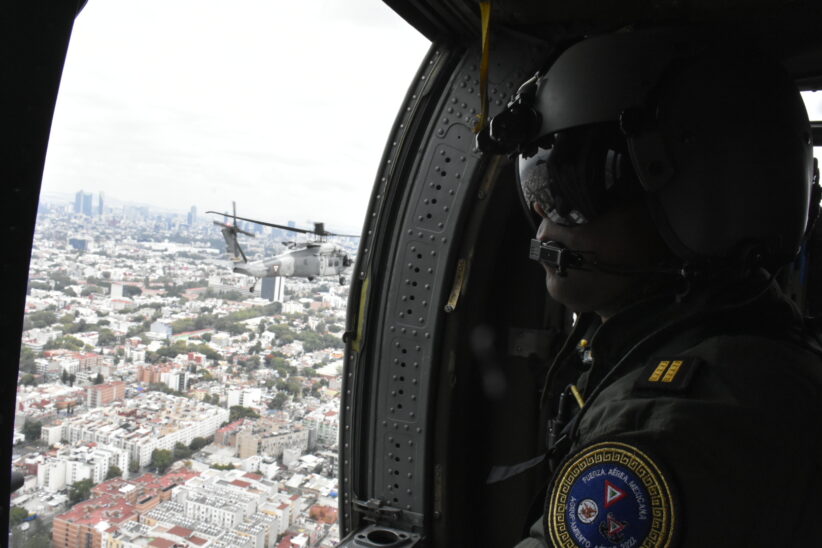 Following the cyber-attack on Mexico’s Ministry of National Defense (SEDENA), in which thousands of classified documents were leaked to investigative journalists by hacking collective Guacamaya, news outlets have published stories uncovering human rights violations committed by the military, including spying on journalists and activists, and the cover-up of sexual abuse accusations.

The SEDENA Leaks, as they’ve come to be known, have challenged the pro-military narrative of Mexican President Andrés Manuel López Obrador, who has claimed that under his government, the army does not commit human rights violations.

The joint investigation used documentation from the Guacamaya hacks to show that the Mexican military acquired the Pegasus espionage software, owned by the Israeli transnational cyber security corporation, NSO Group, in April 2019.

Pegasus is an insidious malware capable of remotely taking over any device, granting access to its user to text messages, calls, emails, and every file inside the infected device. The spyware is also capable of activating the device’s microphone and camera remotely.

In all three espionage cases, the two journalists and the activist under surveillance investigated cases of human rights violations allegedly by military members.

At a press conference, Mr. López Obrador denied the allegations, confident that there is no evidence behind the accusations.

“Well, it is not true that journalists or opponents are spied on,” he said. “We are not the same as the previous [administrations]. It is not true. I made a commitment that nobody would be spied on, no opponent. So, if they have proof, let them present it.”

The investigation, however, documented emails, contracts, and files that show how SEDENA purchased the Pegasus software through NSO Group’s commercial representative in Mexico, Antsua.

Furthermore, Citizen Lab, digital rights researchers from the University of Toronto,  conducted a forensic analysis that confirmed the presence of Pegasus software on the victims’ devices.

As a result, journalists and activists filed a complaint with Mexico’s Attorney General’s Office on Tuesday. Reiterating their skepticism since, so far, the prosecutor’s office has done nothing to investigate the previous cases of espionage by the government to opposers and critics of the government in 2017.

The espionage cases revealed by the Guacamaya leaks take place in the context of the worst wave of violence against journalists in the country’s history, violence that has claimed the lives of 15 journalists in 2022 alone.

Aided by the Guacamaya leaks, El País published an investigation describing cases of sexual abuse by high-level officials within SEDENA.

The Spanish news outlet reviewed 1,000 documents found in 4.1 million emails, where a total of 42 military personnel were implicated in cases of abuse.

El País found that high-ranking military commanders engaged in harassment and even sexual abuse of subordinates and civilians — sometimes the abuses were in groups, other times employed as means of torture.

Documents dated November 9, 2021 revealed that of 308 military personnel accused of human rights violations, 23 were accused of sexual abuse or rape, of which only five had been sentenced.

The investigative journalist outlet Animal Político found within the information leaked by Guacamaya that the head of SEDENA, General Luis Cresencio Sandoval, defended a top military officer currently under arrest for his involvement in the forced disappearance of 43 students from the Ayotzinapa Rural Teachers College in 2014.

On September 26, 2014, the Mexican military attacked and kidnapped students from the teacher’s school in Iguala, Guerrero. The military handed over the students to the criminal group, Guerreros Unidos, to which Mr. Martínez Crespo allegedly has ties.

Mr. Cresencio Sandoval argued that Mr. Martínez Crespo was only indicted over the testimonies of a protected witness and a “narco message” mentioning the captain by name, which appeared a month after the disappearances.

Mr. Martínez Crespo was first apprehended in November 2020 for “organized conspiracy to commit violent crime” for alleged ties with Guerreros Unidos. In addition, in September 2022, a federal judge added another charge for participating in the forceful disappearance of the 43 students.
While the SEDENA Leaks are still breaking, Mexican senators, led by Mr. López Obrador’s ruling party, MORENA, passed a bill on October 4 that will expand the role of the military in public security until 2028.