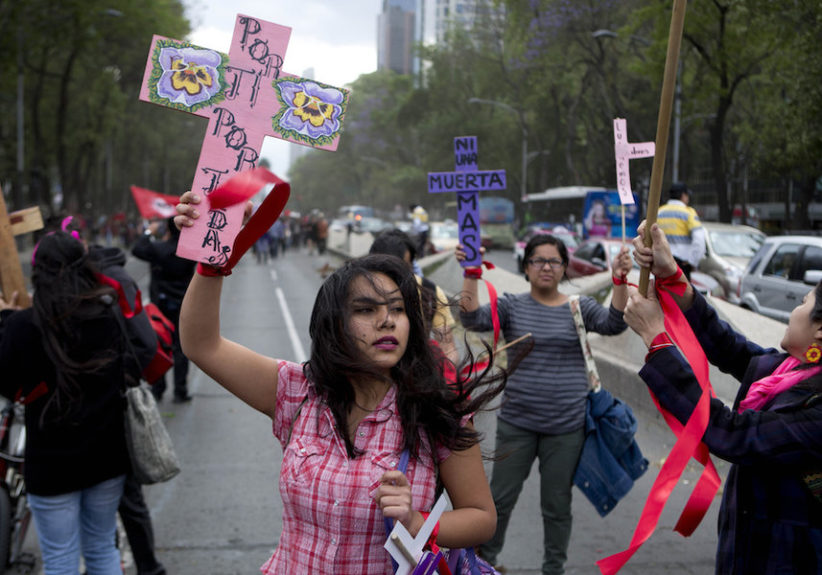 Twelve-year-old Valeria Rivera Moreno was last seen on Sunday in an suburban area of the capital, Mexico City. Although a search party was mobilised to locate the girl, eyewitness claim to have seen her walk away with a tall, unknown man.

Her body was found a day later, 150 metres from where she was last seen. Her father later published a video confirming her murder alongside the statement, ‘‘Que no quede impune!” (Let it not go unpunished).

The municipality of Edomex also known as the State of Mexico, where Valeria was killed, could easily have been yet another suburb experiencing a shocking tragedy. Until statistics emerge that in the last year, 14 other females had been killed in the area just for being women.

That staggering number contributes to a total of 168 cases of femicide across Mexico last year alone, and the figure is anticipated to rise.

The term Femicide has been frequented a lot more in Mexico recently and specifically looks at killings of women as a direct result of their gender. The results in Edomex, was a gender alert which was launched in 2015 and remains in place as a warning of high aggression towards women as well as disappearances and murders.

The report continues, 105 of the victims were found on public roads, 45 in homes, 33 in workplaces and 3 in cars. The brutal and usually public elements of these murders add to the femicide element and reveal a society that is still relentlessly battling gender aggression. What’s more, it is believed that there is an increased brutality occurring in the attacks, and little justice has been found.

In another state, Guanajuato, 200 women were killed between January and August of this year – which was the same number the state had experienced in the whole of 2017. There are now also 11 municipalities in Mexico that have released an Alert for Gender Violence, due to the sheer amount of reported aggression in those areas.

Today, a 50-year-old man was arrested in connection with the death of 12-year old Valeria, but her case has become one of an alarmingly high amount of killings that are related to gender hatred in Mexico.