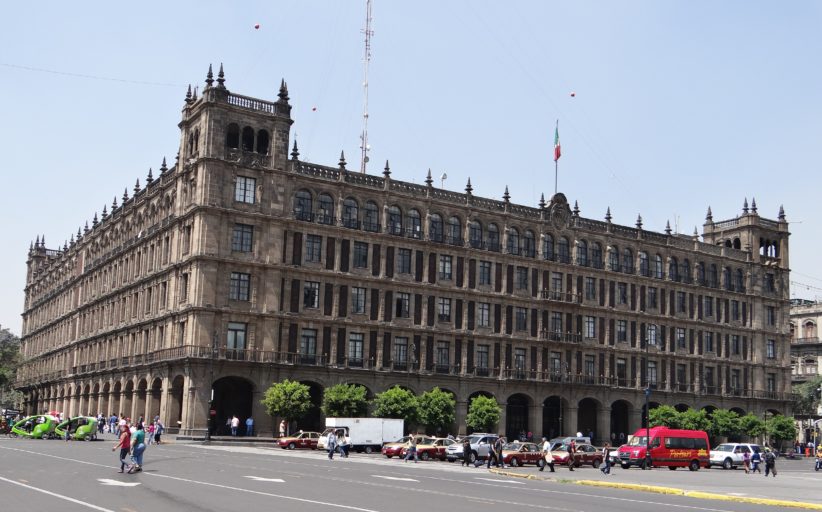 Incoming president López Obrador has proposed a number of plans that will re-shake the government system, involving moving departments to other parts of the country.

This week workers from the Secretariat of Culture federal department have composed an open letter to the president in backlash to his suggestion of moving the department from Mexico City to Tlaxcala. According to El Economista, the employees expressed concern over the apparent decentralisation of the cultural ministry and claimed the move would affect thousands of workers.

The move forms part of the much larger plan to transfer up to 31 government departments to other parts of the country and away from Mexico City. It has been suggested that the aim is to allow for more public sector employment in other areas of the country and allow for a wider scope of representatives in Mexican decision making.

Alongside the Ministry of Culture, there have also been concerns raised by the federal Environmental Secretariat who similarly produced a letter in response to AMLO’s proposals. The department definitively argued against the idea of moving the department to Mérida, Yucatán.

Mexico News Daily recently reported that the anticipated decentralization of federal government departments would cost an estimated 125 billion pesos (US $6.5 billion) and would be one of the most expensive departmental shake-ups to ever take place in the Mexican government.

One of the largest concerns facing department workers in the face of a cross-state move is the effects that this could pose on housing and their families. As well as moving schools, things such as mortgages would mean that a number of workers would be unable to transfer and would thus lose their employment. Although Tlaxcala is somewhat close to Mexico City, Yucatán, on the other hand, is not and would come alongside a large adjustment in living situations, safety measures and expenses.

This weeks letter calls on a “guarantee (of) unrestricted respect for current rights and current benefits of workers and their families’’. It also asks AMLO to ‘‘guarantee job security and professional development perspective, carry out feasibility studies, feasibility and planning of the decentralization process of the Secretariat carried out by experts, transparent all the information related to the decentralization process to avoid any affectation to the workers and their families, establishment of a working group with the future officials of the Secretariat to institutionally agree on the actions that could be taken towards decentralization “.

So far the president-elect has displayed an unrelenting determination to carry out his election promises and change the shape of his country for the better, away from corruption and violence. Although some citizens have expressed a sincere hopefulness for AMLO’s approach to listening to their concerns and appearing more in touch with his constituents, others appear sceptical. AMLO’s convictions leave a question mark over whether he will listen to the concerns of his ministry workers.