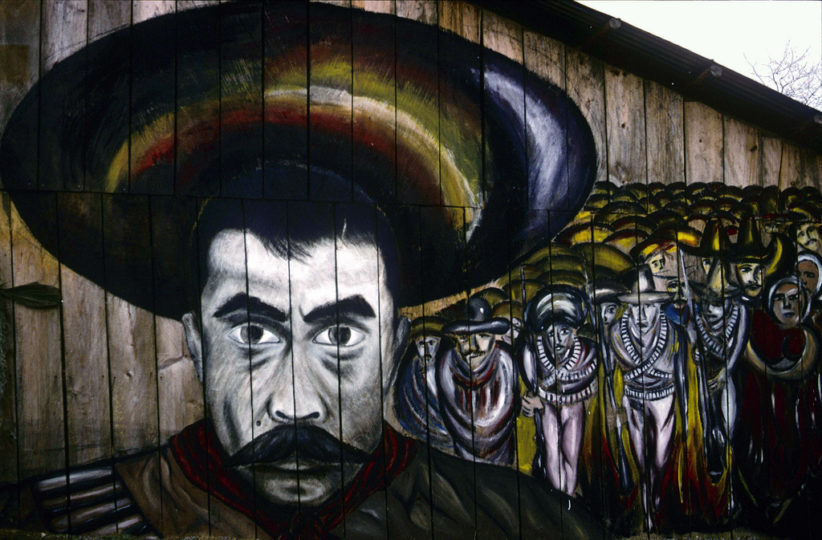 Ont the 25th anniversary celebrations of the Zapatista uprising and close to midnight three days ago, the organisation warned that they will protest plans that place indigenous communities at risk, even going as far as saying AMLO is a ‘trickster’.

The EZLN, commonly known as The Zapatistas, is a leftist political and social movement that started in the Mexican state of Chiapas. Active since 1994, the movement is renowned for its signature black balaclavas and defined by revolutionary tendencies, though this identity has become somewhat softened in recent years.

Although the Zapatista movement led to the creation of several autonomous regions and raised considerable awareness of indigenous rights, no real concessions have ever been provided by Mexico’s governments. Poverty levels and the quality of life in the Chiapas still remain considerably poor and violence is rife. The Zapatistas have become an emblem of leftist thought across the globe; which one might assume would align with the incoming Morena party.

Despite this, the group has shared considerable criticism of the new president, with their latest statements suggesting they will not allow AMLO’s administration to go ahead with constructions such as the tourist train line planned for the Yucatan Peninsula.

According to local reports, the message was delivered from the Caracol of La Realidad, where over two thousand people had gathered to listen to the message. Comandatas Berenice and Everilda delivered the statement, outlining the group’s autonomy as well as criticising AMLO’s creation of the National Guard. Concerns were alsoraised over the protection of natural land and the risk that the Mayan train line posed to the eco-balance of the area, something that activists have already brought to the public’s attention.

Mainly representing indigenous communities in Chiapas, the statements from the EZLN appear to contrast with celebrations from AMLO’s inauguration last month.

The president was the first Mexican leader to take part in a traditional cleansing ceremony, and 68 indigenous leaders from around the country gathered to welcome him in. It came alongside hopes that AMLO would uphold and strengthen protections for traditional communities across the country who are threatened by poverty. The EZLN are not independent of these indigenous groups, however represent a more revolutionary movement with members from a number of traditional communities.

The new president, however, has celebrated the response of the EZLN. As well as wishing the group a happy New Year, AMLO explained that they had the right to protest and he congratulated them for doing so.

Over four thousand children have disappeared in the last six years