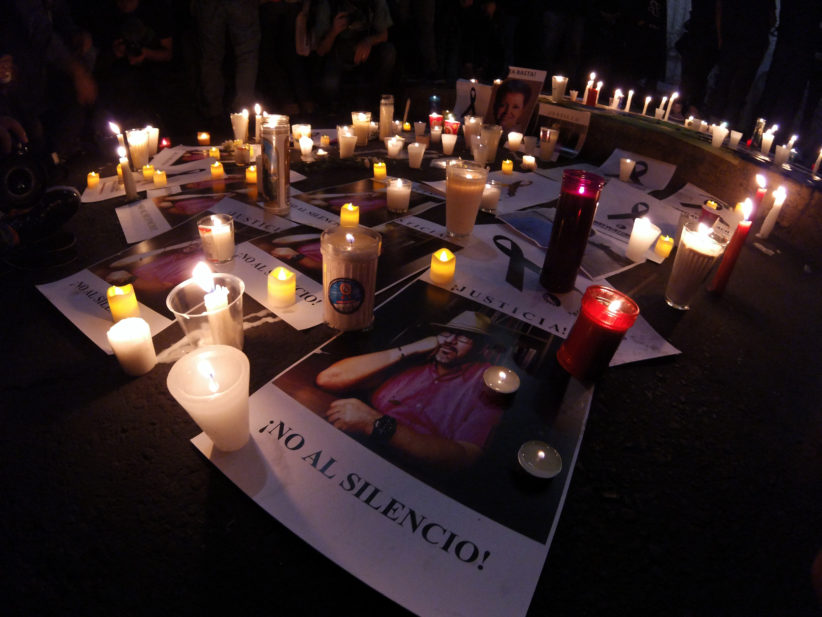 On the May 15, 2017, an armed group of men ambushed journalist Javier Valdez Cardenas a few blocks from his office building in Culiacan, Sinaloa. The writer had been working as a correspondent for La Jornada and Riodoce and was a well-known reporter on Mexico’s drug trafficking rings.

The 50-year-old was forced to kneel before being shot 12 times, his murder directly being linked to his work as a journalist and his investigations into the Sinaloa Cartel.

His friend and colleague, Miriam Ramirez, remembers the aftermath of the attack, which shocked the Mexican media community. The investigative journalist who specialises in issues of corruption spoke of how all media workers in the Sinaloa region felt at risk because of the height of violence and the subsequent censorship that was forming within journalism. She recounted fear, paranoia, psychosis in the months following the attack and yet affirmed that the threats of violence will not stop her doing her work, yet. ‘‘I am convinced that we must continue doing journalism in a city where violence, organized crime and impunity hurt all citizens,’’ she demanded.

Aside from war-torn countries, Mexico has become the most dangerous ‘peacetime’ country in the world to work as a journalist. According to the Committee to Protect Journalists (CPJ) the high level of violence is further combined with the highest number of disappearances of journalists in the world, surpassing countries such as Iraq, Syria and Yemen.

Official counts of the number of journalists killed in Mexico this year total nine, however, local sources suggest the amount could, in fact, be a lot higher. There have also been over 80 reports of violent threat towards journalists this year alone, reported Balbina Flores from Reporters Without Borders. Many more journalists are too afraid to ever report threats.

Organised crime groups have been implicated in a number of the killings, with targeted journalists believed to have been looking into elements of corruption. However, the line between cartels and agents of the state is not clear-cut. It has led to considerable self-censorship across media circles and even points to ‘silent zones’ where no meaningful journalism is ever produced.  These statistics are further blurred with overarching impunity levels throughout the country that means many cases go unsolved and not even fully investigated in the first place.

Despite the overarching setting of distrust, fuelled by a failing Mexican judicial system where 99% of cases of journalist murders go unsolved,  a glimmer of justice appears to have been recently delivered over last year’s killing of Valdez. According to El Pais, Mexican authorities have called for the maximum sentence for Heriberto ‘El Koala’ Picos which will see the attacker jailed for 50 years.

Identified as one of the main perpetrators in the violent attack, Picos was caught this April after authorities had been tracing his moves for quite some time. Of the other two people connected to the attack,  Luis Idelfonso Sánchez Romero, “El Diablo”, and Juan Francisco Picos Barrueto, “El Quillo”, one had been killed and the latter was already in jail reports Infobae.

Calls for the 26-year-old attacker to be incarcerated for 50 years came from the Federal Public Ministry, in what marks a small step in the fight against impunity across the country.

Despite updates in the case of Valdez, the amount of threats, smear campaigns and violence towards the press continues to escalate in the country. It marks a direct attack against the freedoms of Mexico’s democracy – a political system which was, in fact, once branded a ‘perfect dictatorship’. Alongside this, there is pessimism as to how incoming president Andrés Manuel López Obrador could change the situation. With planned cuts to media funding, a number of journalists are expected to lose their jobs and the president-elect has expressed negative sentiments about the media in the past. Instead of answering the question of a female journalist in Tijuana on September 20 for instance, he decided to kiss her.