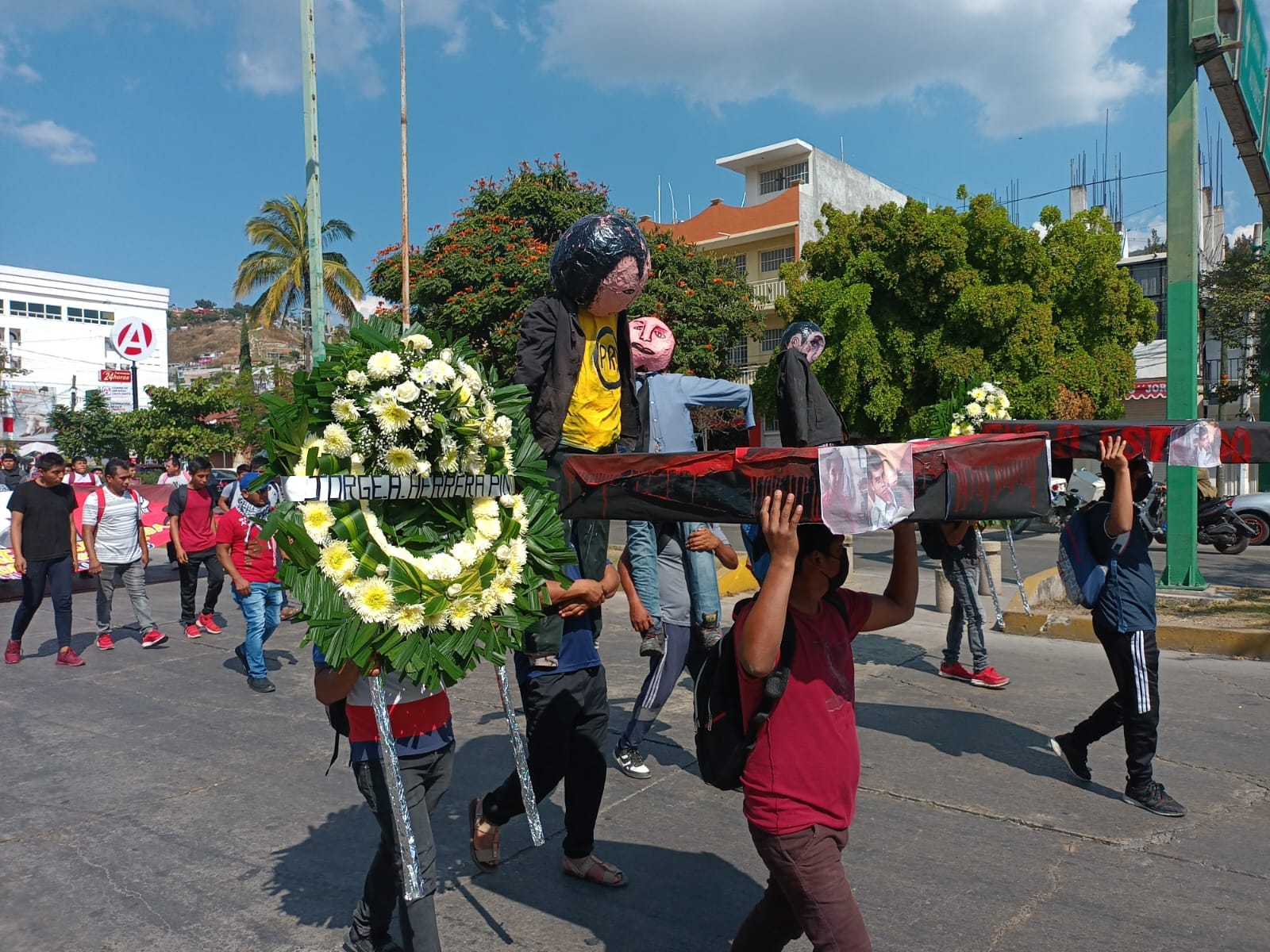 According to the human rights group Tlachinollan, the students were traveling home from a demonstration commemorating the 2011 murder of two former students when police intercepted the bus and violently ordered them off.

Fearing police violence, the students refused to stop the bus and drove off, the police then opened fire on the outside of the bus. Photos from local media outlets and the rights group show bullet holes in the side of the bus.

According to reports, officers managed to hit the engine several times, stopping the vehicle.

After the students finally stepped down from the bus, the police officers tried to beat and detain them, injuring two students who had to receive medical attention, according to Tlachinollan.

The activist group denounced the attack through social media and urged authorities to deliver justice to the victims.

“We demand that the authorities of the state of Guerrero and federal authorities stop the escalation of repression against the students of Ayotzinapa and the rural teacher training colleges of Mexico. It is incredible that in exercising their rights to truth and justice, authorities continue to repeat authoritarian actions. These acts cannot be allowed in a government that claims to be democratic,” read their statement on Facebook.

In their own statement, Guerrero’s police accused the students of starting the confrontation, saying that the “alleged students” attacked two police patrols with stones and Molotov cocktails, injuring one police officer in the alleged aggression.

The students were returning from the annual march held with other organizations and activists in Chilpancingo, the capital city of Guerrero, protesting the murder of Jorge Alexis Herrera Pino and Gabriel Echeverría de Jesús, students from the Ayotzinapa Rural Teachers’ College, on December 12, 2011.

Herrera Pino and Echeverría de Jesús were shot at by police officers deployed to break up another demonstration from the rural teachers’ college in Ayotzinapa.

Following Monday’s shooting, the parents of the 43 missing students spoke out about the most recent police aggression against the students:

“We, the mothers and fathers of the 43 students, condemn this clearly unjustifiable aggression. This government ignores that the students have been victims of several police aggressions that have resulted in deaths to be mourned. Police excesses and brutality have cut short the lives of more than 50 students from Ayotzinapa, without those responsible having paid for these crimes.”