Mexican president calls to investigate “The Goal Cartel,” a corruption network within the country’s soccer industry 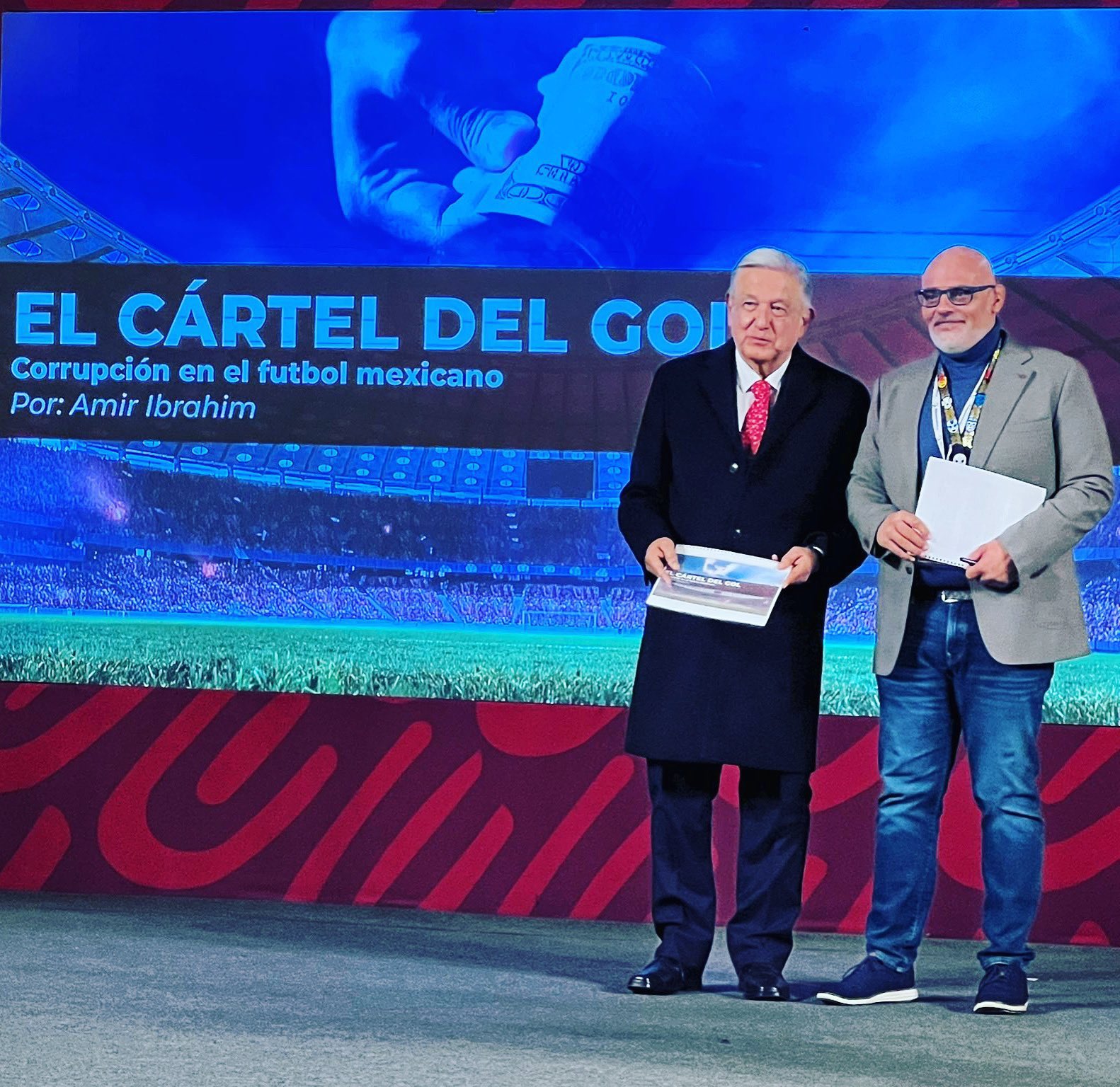 Mexico, Mexico City—President Andrés Manuel López Obrador called for an investigation into allegations of corruption within the highest levels of Mexican soccer.

The investigation centers on a network of teams and player managers, dubbed “El Cartel del Gol” (The Goal Cartel), which allegedly profited from the buying and selling of overpriced footballers.

The allegations stem from a 2021 investigation by journalist Amir Ibrahim.

On December 9, Ibrahim reportedly shared his findings at Mexico’s National Palace at the president’s morning press conference, prompting López Obrador to call for different measures to tackle corruption in the football industry and improve the sport in Mexico.

“The other thing is the promotion of sports, but as long as there is transparency, that it does not turn into profit for the benefit of a few, and that the people, in this case, the fans, are taken into account. Mexico’s love for football is exceptional,” said López Obrador.

The Goal Cartel, as Ibrahim has named it, is a scheme in which promoters, managers, and directors of Mexican soccer teams profit from buying and selling foreign players to Liga MX clubs at substantially inflated prices — turning a 500% profit in some cases.

While the scheme comprises different figures, Ibrahim placed businessman and promoter Greg Taylor at the top of the scam. Through his promotion agency, Promanage, the American-born promoter was able to push overpriced players, especially from South America.

For example, Ibrahim revealed a 2012 email where the “cartel” detailed their intentions to acquire Chilean striker Andrés Vilchis for USD $1.5 – $1.8 million and sell him to a Mexican team for USD $4 million.

According to the report, Taylor would also work with managers to push his overpriced players to football clubs. In turn, the managers would charge a fee for their brokerage services.

Among his most prominent collaborators are reportedly former Mexican national team coaches José Manuel “Chepo” de la Torre and Miguel “Piojo” Herrera, who managed the national side during the 2014 World Cup in Brazil.

The corruption ring has gone unnoticed by Mexico’s fiscal authority, which might have piqued López Obrador’s interest in the year-old investigation.

At the press conference, López Obrador said that financial investigators would look into those allegedly involved in the scheme, and he pushed for a more nationalistic approach to Mexican soccer which promotes home-grown talent over foreign footballers.

“Mexico cannot allow these interest groups to continue killing more generations of talented young people. This report is intended to improve, correct, and not persecute. The intention is for our young people to have better opportunities, for equality between men and women, and for us to have a better level of sports,” said Ibrahim.