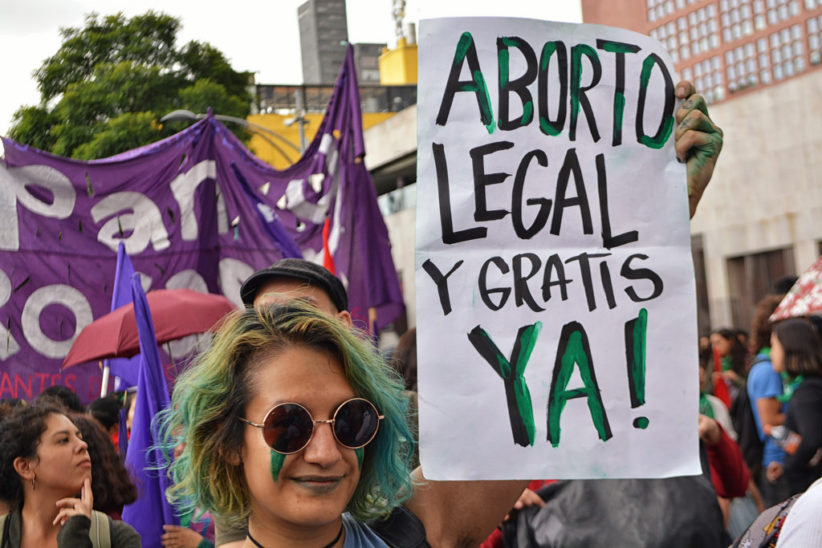 Earlier this month Congressional authorities in the Mexican state of Aguascalientes amended a law which defined that ‘life’ began from the point of conception.

According to the ruling, approved over a week ago, the Law on the Rights of Girls, Boys and Adolescents has now interpreted that early childhood starts from the point of pregnancy up to eight years old.

Activists have suggested it marks a further step by Mexican authorities to uphold a pro-life perspective, which is, in turn, anti-abortion, across large parts of the country.

The interpretation was brought to Congress by Paloma Amezquita Carreon, a representative of the PAN and PES governmental parties, who used UNESCO regulations to back up the belief that life begins from conception, reported Animal Politico.

There has since been the criticism of the move, suggesting she wrongly interpreted UNESCO guidelines, despite the UN body offering a different perspective. The UNESCO life identification, on the contrary, defines that childhood is recognised as the period from birth to eight years old.

It has further been suggested that the politician deliberately modified the UNESCO wording when she presented it before Congress to include the word ‘gestation’ instead of ‘birth.’

It is in fact only in the district of México City that abortion is legal. The legalisation of a foetus up to twelve weeks is a right that has been allowed in CDMX for eleven years whereas it is an illegal procedure in the rest of the country to varying degrees (occasionally matters of rape or life endangerment qualify).

Last year there were thirteen public abortion clinics in the capital who were providing free abortions, after which the majority of patients are sent home with contraceptive methods such as an IUD, reported El Pais. Between the public and private clinics who provide the service, over 130,000 abortions have already happened since the law was passed.

Contrary to Mexico City’s lenient approach to abortions, this has alternatively led to many other states around the country to strengthen the legislation around abortion, in many cases making it illegal entirely.

Although the prevalence of Catholicism across the country (which makes it the second most Catholic country in the world) means there is an ongoing stigma against abortion in México, the number of clandestine abortions is on the rise both within México and across Latin America. According to Time, three-quarters of the 6.5 million abortions that occurred across all of the Latin American countries combined were clandestine, meaning they were performed in non-professional, illegal settings in which 45% of poorer Méxican women experience complications that are often not medically attended to for fear of legal repercussions.

Arrests made following murder of teenage Honduran migrants in Tijuana