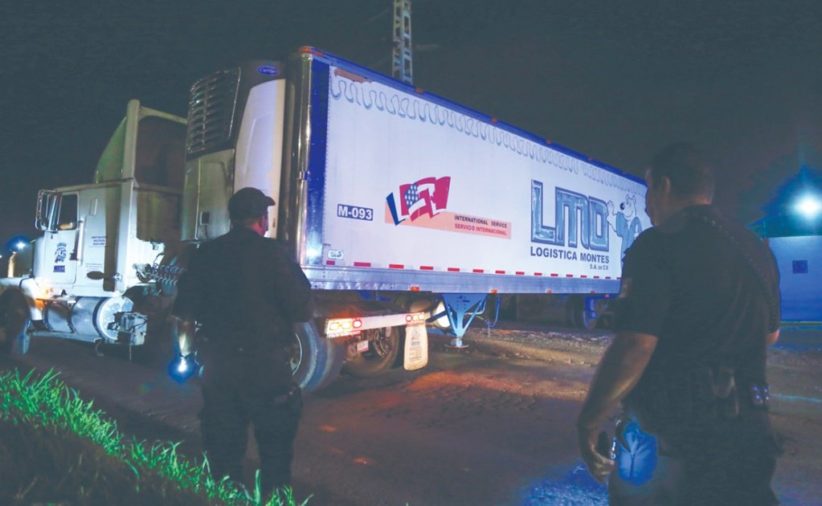 An estimated 157 bodies being stored in a large truck in Western Mexico, labelled the mobile morgue, has caused outrage amongst local residents. The trailer truck is being used by Guadalajara authorities to store bodies because the local morgues are overflowing, as a result of staggering and ongoing organised crime rates across the state.

Although it was being used by forensic officials for nearly two years and parked at the morgue, it drew attention was drawn to it this month after it mysteriously moved around various locations in the state. According to Reuters, the large refrigerated trailer has been seen in a number of locations such as Tlaquepaque and Tonalá on the outskirts of Guadalajara and has been subject to a number of claims that it was parked illegally and abandoned. It was then moved to another field, however, local residents immediately complained about the odours coming from the truck.

The apparent short-term solution for storing Jalisco’s deceased comes as a result of overwhelming murder rates across the state due to organised crime conflicts. Although considered one of Mexico’s most dangerous states, the trend appears to be nationwide, reflected in the rate of killings across the country which have ramped up to 20.51 per 100,000 inhabitants, a record high.

The Jalisco Institute of Forensic Sciences is where the bodies should, in fact, have been stored. It’s 80- person capacity has maxed out according to local reports and on top of this, a forensic pantheon in the Coyula cemetery has also received up to 150 corpses, meaning that burial space has also reached capacity.

The overflow led officials to opt for the refrigerated truck because there appeared to be little other option. The bodies inside tend to be those of unidentified victims, usually associated with organised crime conflict. Although it has been claimed that the truck poses no threat or contamination to local residents, there is, however, a powerful stench coming from the area.

Since reports arose of the truck’s unusual movements, unofficial reports have suggested that the mobile morgue has now been placed in a warehouse near the prosecutor’s office, where the bodies will remain until a new morgue – with the capacity to hold up to 700 bodies – is built in a few months time. As a result of locals’ horror at the truck, the director of Jalisco’s morgue has also been removed from his position amidst accusations that he failed to fully protect the bodies.

Jalisco has seen a 47% increase in murder rates this year in comparison to 2017. With 1243 murders reported in the state alone, this year is on track to become Mexico’s bloodiest. It appears that resources which should be in place to support and ultimately prevent such an onslaught, continue to be spread too thinly amidst an increasing reign of organised terror.

Mexico refuses to consider military action against the Venezuelan government