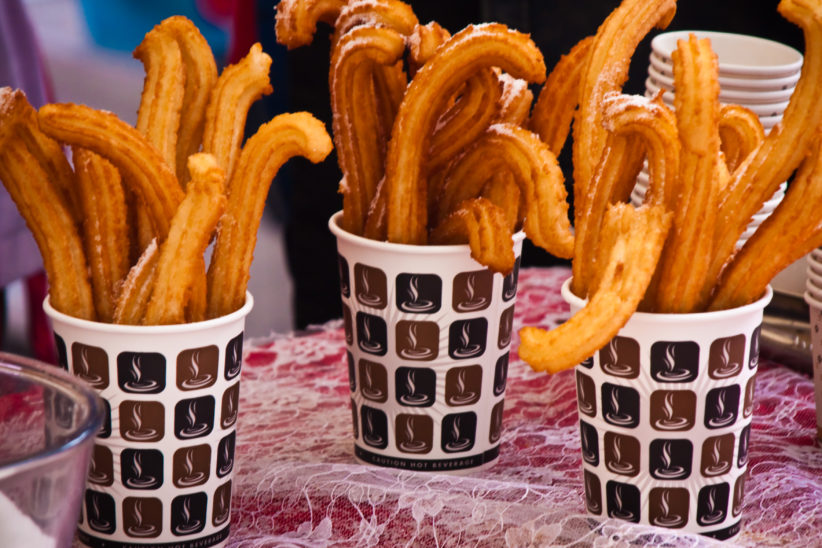 In the town of Acayucan in Southern Mexico, finding a healthy meal is far from a straight-forward process.

“Culturally, I don’t think it’s a thing to eat healthily, especially in poorer areas,” she continued. “It’s more normal to go get tacos and a soda than chicken soup. Mexican meals are always so meat-heavy, with beans and rice, and not necessarily any vegetables”.

Unhealthy eating habits are not limited to Acayucan. They are widespread in a country which finds itself battling a surge in obesity the likes of which very few countries have experienced, fuelled by ubiquitous fast-food, sugary snacks and soft drinks. Today, 70 percent of Mexican adults and a third of children are overweight or obese; in 2016 the country had the highest diabetes rate out of any Latin American country. That same year, the Mexican government declared an epidemiological crisis in response to the alarming and rapidly increasing prevalence of both diseases.

But Mexico only recently became a fat country. Prior to the 1980s, the Mexican diet mainly consisted of corn, beans, fruit, vegetables and dairy products. Meat was a luxury. The diet was considered sound but it underwent a seismic shift as the Mexican government began lifting tariffs and allowing more foreign investment during the 1980s and 1990s – a period which culminated in Mexico, the United States and Canada enacting the North Atlantic Free Trade Agreement (NAFTA) in 2014.

Following the agreement, which drastically reduced cross-border tariffs between the three countries, Mexican food conglomerates received billions of dollars in US investment, allowing major multinational food and beverage retailers to get a foothold in the country and considerably reducing the price of US fast-food and soft drinks for Mexican consumers.

Chains like the convenience store Oxxo grew from 800 stores in 1990 to 16,000 by 2018. Oxxo’s parent company – the Mexican owned food and beverage conglomerate Femsa – has received hundreds of millions of dollars in foreign direct investment from food and beverage multinationals since the 1990s, notably from Coca Cola and PepsiCo. The sale of cookies, chips, sweets and soft drinks is crucial to Oxxo’s business model, and foreign investment has allowed the chain to expand its operations to virtually all corners of the Mexican state.

Free trade with the United States also entailed vast increases in the amount of pork, beef, soybean and high-fructose corn syrup exported to Mexico from the US. As these products poured into Mexico, many farming families moved to urban areas and began selling different foods made from unhealthy ingredients, purchased from American-owned suppliers.Today, going out for beef tacos, fried pork and maize snacks is often cheaper and easier than cooking at home with fresh vegetables, especially for Mexicans living in poverty. Wealthier citizens, many of which view dining at American fast-food restaurants as a sign of social status, are also enthusiastic consumers of unhealthy meals. Across the social spectrum, Mexicans are consuming more and more calories without engaging in enough exercise to maintain a healthy weight.

Back in the late 1990s, when government surveys picked up on rapidly increasing obesity rates, the seriousness of the epidemic caught many by surprise. In fact, little attention was being paid to noncommunicable diseases when a 1999 government nutrition survey revealed a 160 percent increase in obesity among women between 1988 and 1999. By 2000, around 60 percent of men and 64 percent of women were either overweight or obese. Childhood obesity also sky-rocketed during this time, an issue which was practically non-existent before 1985. According to UNICEF, Mexico now occupies the top spot worldwide for child obesity. Among the entire population, obesity is even prevalent in areas enduring malnutrition.

The factors which cause obesity are complex – they include medical conditions, genetics and lifestyle choices – yet in the case of Mexico several studies demonstrate a strong link between weight gain and the consumption of high-calorie food. Although several other Latin American nations are grappling with increasing obesity rates, none rival the speed and scale of Mexico’s obesity epidemic.

Mexico is the only Latin American country which trades freely with the United States, the most obese of the OECD nations. Some experts claim that NAFTA has resulted in the exportation of obesity from the US to Mexico by radically accelerating the transformation of the country’s traditional diet towards American eating habits.

Yet some elements of the epidemic are profoundly Mexican. For example, the country is among the world’s largest consumers of soft drinks. In 2018, a New York Times investigation revealed that in Chiapas, where public services do not always provide water to citizens and Coca-Cola is often more accessible, residents consume on average more than two litres of Coca-Cola per day.

“People drink so much Coke,” Fernández told Aztec Reports. “Anytime I go to a gathering people always buy a family-size bottle to share. When I say I don’t like Coke people say ‘that’s not possible'”.

In Chiapas, the result of the region’s astronomical Coca-Cola consumption has been a 30 percent increase in deaths from diabetes between 2013 and 2016. At the national level, diabetes is killing around 100,000 people and costing the government almost $5 billion each year, thus constituting a colossal drain of public resources. A 2016 study carried out by the University of California suggested that a reduction in soft drink consumption could annually prevent 18,900 deaths and save health services $983 million.

In 2014, Mexico introduced a tax on sugary food and drink in an attempt to curb the countries growing obesity woes, the results of which revealed a sustained reduction in the purchase of taxed beverages during the first two years of implementation, with the greatest reduction coming for low-income households.

Although it is too soon for studies to analyse how the tax is affecting obesity rates, solving the epidemic will require more than dealing with sugar consumption.

In a country where meat was a luxury in the not too distant past, people are now used to cheap and ubiquitous pork and beef, as well as cookies, chocolate, soda, and a host of other high-calorie products served from a plethora of fast-food restaurants and convenience stores. Reducing the nation’s waistline thus requires a substantial shift in consumer behaviour – a shift that seems highly improbable given the dominance of cheap junk-food in the country’s restaurants and stores, and the substantial presence of multinational food conglomerates within the Mexican food industry.

*Name of interviewee changed upon request.

Another journalist killed in Mexico