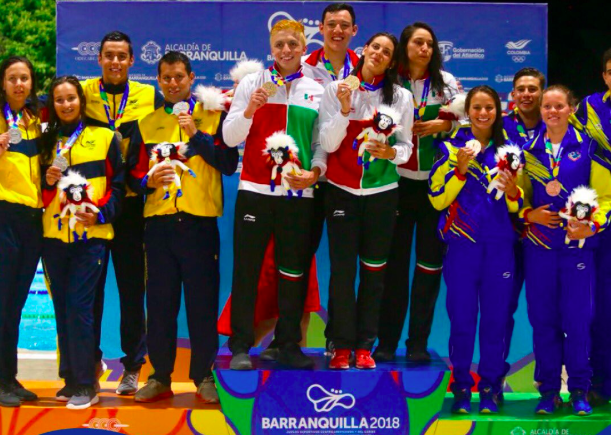 Mexico has made its mark on this year’s Central American and Caribbean Games from Barranquilla, Colombia after five days of competition. With 46 gold medals and 125 medals won overall heading into Tuesday, Mexican athletes are far outpacing hosts Colombia and third-place Cuba.

To date, Mexico’s U-21 men’s football team has underwhelmed in Barranquilla as El Tricolor is in last place in its group with losses to both Venezuela and El Salvador in its first two games. The women’s side, however, has won its first two games and leads its group as it looks to coast into qualification for the semifinals, which begin on Friday. Their last group stage game kicks off tonight at 7 p.m. against Nicaragua.

The games that take place every four years involve 37 countries from across Central America, the Caribbean, and the South American countries that share a Caribbean coast.

The 2014 games were held in Veracruz, Mexico and the then-hosts won the overall medal count by nearly 80 medals, although Mexico came in second place in gold medal count to Cuba.

This year’s games will continue until Aug. 3 with the closing ceremony on Colombia’s Caribbean coast. You can stream the rest of the competitions live from your computer at the Central American and Caribbean Games’ official site.