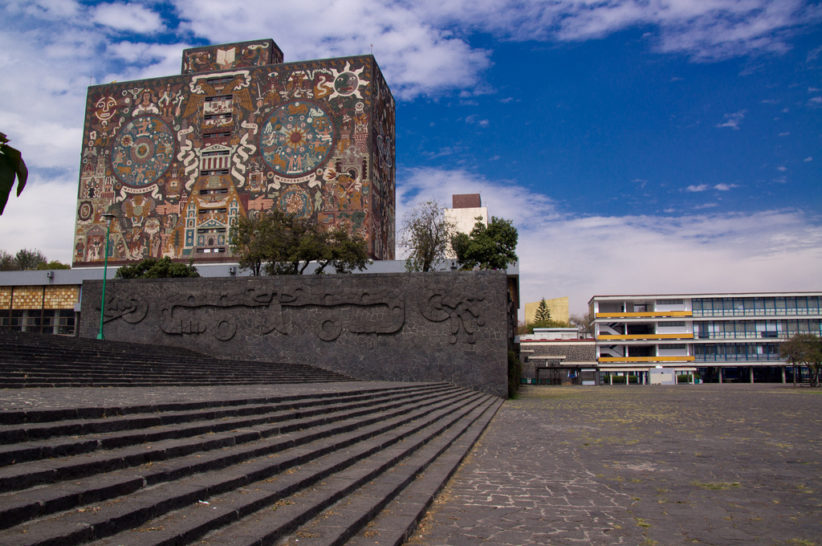 A 12-year-old student has just been admitted into Mexico’s National Autonomous University (UNAM) to undertake an undergraduate degree in biomedical physics. The educational organisation has since stated that it is the youngest student the university has ever had in its history.

It is not the first time that Carlos Santamaria Diaz has hit Mexican headlines for his young age and academic abilities. At the age of nine and still attending primary school, the student had already completed three diploma courses in Biochemistry and Molecular Biology from the National Autonomous University of Mexico.

His journey into higher education began when his parents, Fabián Santamaría and Arcelia Díaz Sotelo, noticed he had developed an advanced reading development at the tender age of three. It was with the help of UNAM’s Professor Eduardo Rodríguez that the student was provided with university access and before the start of his undergraduate degree Santamaria Diaz had already mastered protein structures and the principles of molecular biology, local reports have stated.

“I love being here (at UNAM).’’ read a statement from Santamaria Diaz following the completion of his diplomas. ‘‘I feel that I can study well. I would like to study biology, chemistry and medicine because I do many more things besides chemistry “.

According to ABC News, prior to being admitted to the course Santamaria Diaz successfully passed an entrance exam and completed a large amount of study preparation in the school of chemistry’s genetics centre. The university has since come forward and said that the undergraduate will be treated in the same manner as any other student and he will not receive any special benefits.

The university is a pioneer in supporting students that otherwise would not be able to access higher education within the country. They offer a number of courses and preparatory learning opportunities for people living in rural or underprivileged settings within Mexico and overall the organisation has the capacity to hold up to 324,000 undergraduate students in total. As well as boasting an ecological reserve on campus and a cultural centre, the university was the first institution to offer courses in neuroscience in the country and is at the forefront of innovation.

Other child prodigies have also recently been heralded within the country and will see Santamaria Diaz join the likes of Dafne Almazán, who graduated as a psychologist from Tecnológico de Monterrey when she was 13 before pursuing a masters degree.  Mexico City’s Talent Attention Center (CEDAT) is also a privately run institution geared at supporting young students that have a much more advanced cognitive development and works to ensure that young geniuses are not stifled or lose interest in learning. According to the school, they take on a number of students who have experienced bullying as a result of their abilities and have recognised there could be up to one million gifted students living in Mexico that often are unable to reach their full potential.

With the case of Santamaria Diaz, it will be exciting to watch the young student develop at UNAM and interesting to also watch him brush shoulders with fellow students that considerably exceed him in age. It is unclear how the process of parental guardianship will work around lecture time but the provision of such an opportunity by UNAM merely accentuates the institute’s pioneering support for Mexico’s youth.