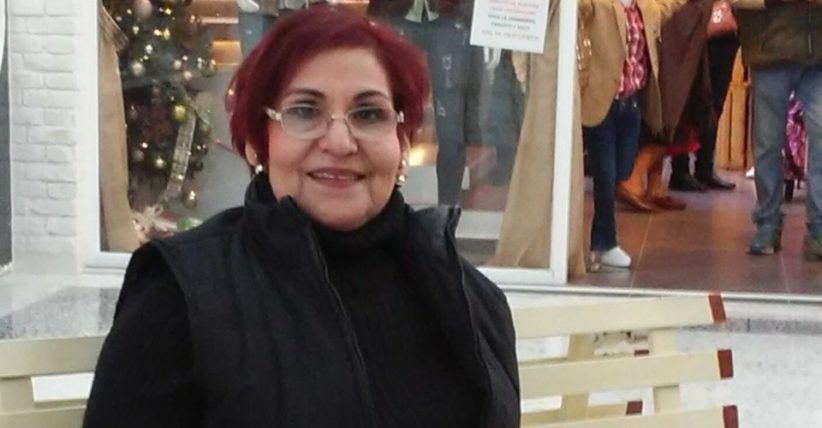 Karen Alejandra Salinas Rodríguez was one of the countless Mexican civilians who disappeared in 2012 from the state of Tamaulipas.

Considered one of the most dangerous in the country, its staggering rate of disappearances, fuelled by the country’s impunity levels remains an ongoing crisis that has rippled throughout Mexico which this year is expected to surpass all levels of violence.

Salinas’ body was found two years later in a clandestine grave and it was through the relentless campaigning of her mother, Miriam Elizabeth Rodríguez Martínez, that the men involved in her murder were eventually brought to justice.

The story, however, does not end there. Rodríguez, heavily involved with the arrest and imprisonment of the perpetrators, had become an icon amongst parents of disappeared children in Mexico and eventually became the director of the Colectivo de Desaparecidos de San Fernando. As her campaigning and support for the search of missing people continued, some of the men involved with her daughter’s killing had – in the meantime escaped – from prison.

Although the mother had become a leading figure in the fight against cartels and rising crime levels, and despite having sought protection from government agencies after hearing of the escape, on 10 May 2017 Rodríguez was killed after returning from helping a father bury his son.

The day of the murder was also Mexico’s official mother’s day.

Between December 2012 and June 2018, there were 11,268 kidnappings officially reported in Mexico, a number of these were committed by criminal gangs who demanded ransom for a person’s return. Furthermore, Tamaulipas ranks highest for disappearances out of all Mexican states.

According to a report by the Registro Nacional de Datos de Personas Extraviadas o Desaparecidas (The National Registry of Data of Lost or Missing Persons) which was dated April 2017, between the years 2009-2015, irregularities were also detected in the investigations of missing persons due to investigative and police failures. Although these figures relate to more than just gang-related forced disappearances, Mexico’s attempts to reduce narco-trafficking and the violence surrounding it have stagnated, and with them, the police force’s abilities to solve cases sometimes appear to be marred with suspected corruption. Police have been implicated in recent kidnapping cases such as that of selling three Italian men to an organised gang, who disappeared earlier this year.

According to Animal Politico, more than a year after the murder of the human rights activist, further arrests have been made in connection with the mother’s death. According to Tamaulipas police department, Erick Leonel “N” who is also known as the ‘Devil’ was detained for being involved with her murder. The arrest follows that of two others – Alfredo Misael “N” and Edwin Alain “N” – which took place in June 2017.

Campaigning for the families of missing people continues throughout Mexico. Earlier this month, there were outcries from citizens followed by marches as women rallied against the murders of at least 20 women in Ecatepec. The country is riddled with violence, however, there is a growing frustration from civilians that the government and justice system is failing and something must change.

OPINION: Today Canada legalises marijuana, but could Mexico be next?