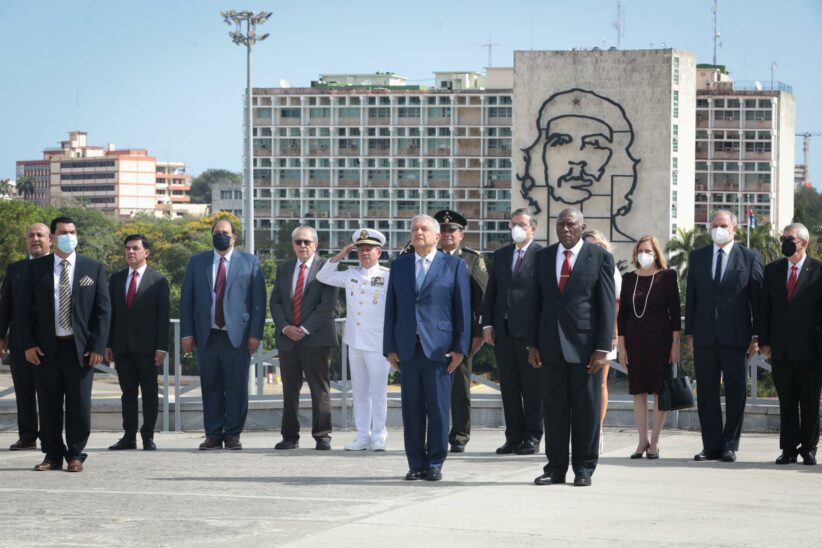 Mexican President Andrés Manuel López Obrador’s attendance at the upcoming Americas Summit is unlikely, but that may not stop him from delivering a controversial message during the meeting of regional leaders: A call for the dissolution of the Organization of the Americas (OAS).

Last week during a daily press conference, Mr. López Obrador said it is time to replace the OAS with a more inclusive body representing all nations within the region, saying the current organism only looks after the interests of a few. The OAS is an international institution dedicated to oversee democratic processes in the Americas region.

“We would propose that integration be sought and that there be organizations that protect the rights of all countries, of all peoples, equally. That organizations should not be appendices of the world powers because it is a mockery. It is even a disgrace that there are these types of useless organizations.”

Mr. López Obrador had previously shared his idea to replace the regional organization first founded in 1948 during a meeting with the Americas Summit special envoy, Christopher Dodd, on May 18.

Mr. Dodd paid a visit to Mexico in light of the Mexican president’s recent threats to not attend the conference unless  the U.S. invites all countries in the region, including Venezuela, Nicaragua, and Cuba. During their talk, Mr. López Obrador asked the special envoy to share his idea to dissolve the OAS with U.S. President Joe Biden.

While the leaders of Cuba and Nicaragua have already announced that they will not attend the Summit, regardless of Mr. Biden’s decision to invite them or not, AMLO seems to be holding onto his invitation until he gets official word from the Biden administration about the attendance of his allies.

“His heart is not hardened,” Mr. López Obrador said, adding that he knows there is pressure on his U.S. counterpart from multiple interests. “Are we going to continue to be subjected to these political practices of minority interests or are we going to seek brotherhood, solidarity for the benefit of our peoples?” he asked rhetorically.

In recent years, the OAS has become something of a regional antagonist  for left-leaning countries such as Venezuela, who in 2017 announced its withdrawal from the organization, citing “attacks and aggressions promoted against the sovereignty of the South American country.”

“The government and the people of Nicaragua have and do not recognize this instrument of colonial administration that does not represent at any time the sovereign union of our Caribbean America and that, on the contrary, is an instrument of Yankee imperialism.”

Former President of Bolivia Evo Morales, who had previously accused the OAS of being involved in his military ouster in 2019, praised Nicaragua and Venezuela’s decision to exit the international body.

Concerning Mr. López Obrador’s stance on not attending the summit, Venezuelan President Nicolas Maduro thanked his “older brother” for his actions regarding the summit.

“We have seen firm and courageous voices, such as President Andrés Manuel López Obrador of Mexico. Beautiful and beloved Mexico, which has stood up to raise the voice of truth, of morality, of dignity, of an entire continent.”