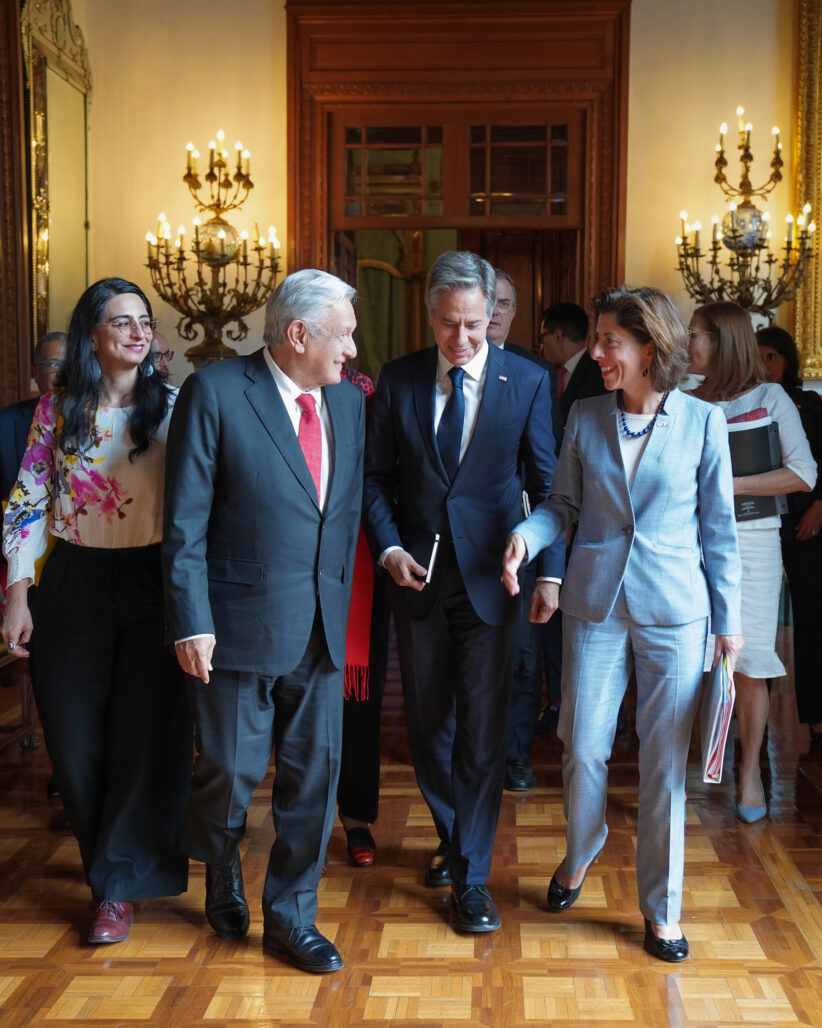 The encounter was part of the High-Level Economic Dialogue’s second annual meeting, which took place weeks after the US and Canada pushed for a consultation panel challenging Mexico’s latest reforms to its energy policy under the United States-Mexico-Canada Agreement (USMCA), signed in 2019.

However, the Mexican President upheld the meeting and dismissed the past tensions as propaganda by Mr. López Obrador’s political adversaries looking to create discord between his government and President Joe Biden’s administration.

“I was very struck by the Commerce Secretary’s friendly, proactive attitude, not that they are going to punish Mexico for its energy policy, which is what our adversaries would like and that they are rubbing their hands together, looking for us to fight. Well, no…” said AMLO.

Mexican Foreign Minister Marcelo Ebrard joined in the adoration of the meeting, sharing that the visit meant a “once in a lifetime” investment opportunity for Mexico.

“In addition to a very good relationship, those who were expecting friction, disagreements and problems are going to be disappointed because that is not going to happen,” said the Foreign Minister via Twitter. “They came to invite us to promote semiconductors, and they have already authorized a program of more or less 50 billion USD … those are thousands of jobs, it is a huge door that opens for Mexico, for development and economic growth.”

The “huge door” referenced by the minister is the CHIPS and Science Act,  a US initiative that funds USD $50 billion in American semiconductor research, development, and production. The invitation to Mexico to participate in the CHIPS production effort would broaden the participation of Mexico in the manufacture and design of semiconductors.

The alliance is meant to present a direct competition to the growing productive forces of China.

In addition, both countries pledged to allocate substantial investment in environmental issues.

The US and Mexico will invest USD $474 million in priority projects addressing the long-standing trans-border ocean and river pollution plaguing the neighboring cities of Tijuana and San Diego.

Furthermore, Mexico has committed to allocate 50% of its vehicular production to zero-emission cars by 2030, a measure that will align Mexican production with international efforts to curb the use of fossil fuels.

Cuéntame, a Mexican well-being and mental health platform for organizations, raises $1.1M in pre-seed round led by Impacta VC