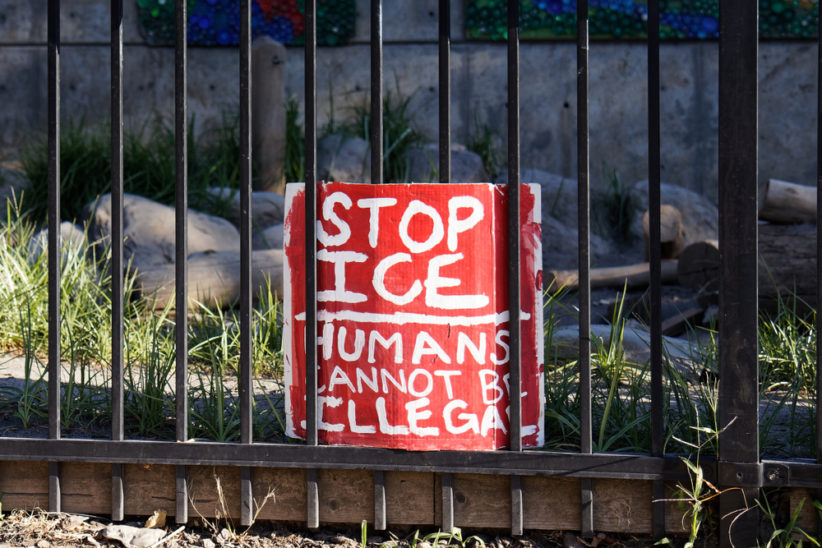 The United States administration recently released plans detailing their intention to pay Mexico up to US$20 million to deport undocumented migrants.

The initiative, which was recently released to the US Congress, hopes to focus on preventing migrants from Central America reaching the US border by using Mexican authorities to deport them whilst illegally in the country.

In 2016, Mexican immigration authorities returned 94% of Central American undocumented migrants were located within Mexico. According to Excelsior, the total that year who were forced to leave the country and return to their homeland was 143,226 people, many of whom were from Honduras, Guatemala and El Salvador.

The percentage of people attempting to cross through Mexico continues to increase, however the article points out that the journey is no easy feat and means that countless migrants experience considerable abuse from Mexican authorities. Stories of theft and violent assaults on detained Central American migrants in Mexico are not uncommon along the treacherous route.

Now some $20 million will be invested from the US foreign assistance fund in order to pay for increased detainment, repatriation flights and bus fares for the migrants from Mexico. According to statements, the initiative will hope to ensure that people who have legitimate asylum claims are provided with support whilst also increasing repatriations and suppressing terrorist threats.

The migrant trafficking route continues to be a lucrative and incredibly dangerous process, however, a number of Central Americans feel there is little choice than to undergo the trip. Amidst rising crime rates and plummeting economies that force people from their homes, further violence awaits migrants who jump onto moving trains, and risk being captured by cartels such as the Zetas or even organ trade traffickers. Last year, ten migrants were reported to have suffocated in the back of a truck when there was no air to breathe, however, many more incidents go unreported. Jumping on trains has been considered very dangerous and, prone to attacks whilst on board, most women and children steer away from it. This, however, does not prevent it from happening.

Roadblocks throughout Mexico, abuse from authorities and uncertainty regarding whether they will even reach the US border does not appear to stop the relentless determination of Central American migrants seeking a better life and, more often than not, asylum from violence.  Failures in the migrants’ own countries continue to push people to use these perilous routes and, as a result, they risk falling into the hands of organised crime leaders. It is a risk however, which has the potential grow as more money is channeled into the official routes of repatriation and migrants are pushed to more desperate measures.

Although calls have been made to make migrants more aware of what hurdles face them in Mexico, some might question whether the channelling of US foreign aid towards Mexican law enforcement might be less effective than providing investment in Central America, in the growth of jobs and in the security that governments are failing to provide desperate citizens with. Paying Mexico to ‘‘do the US’ dirty work,’’ as pointed out by executive director of the National Immigration Forum, Ali Noorani, will not prevent people coming and it will continue to be a costly process.

Student protests grow in size amidst calls to end violence