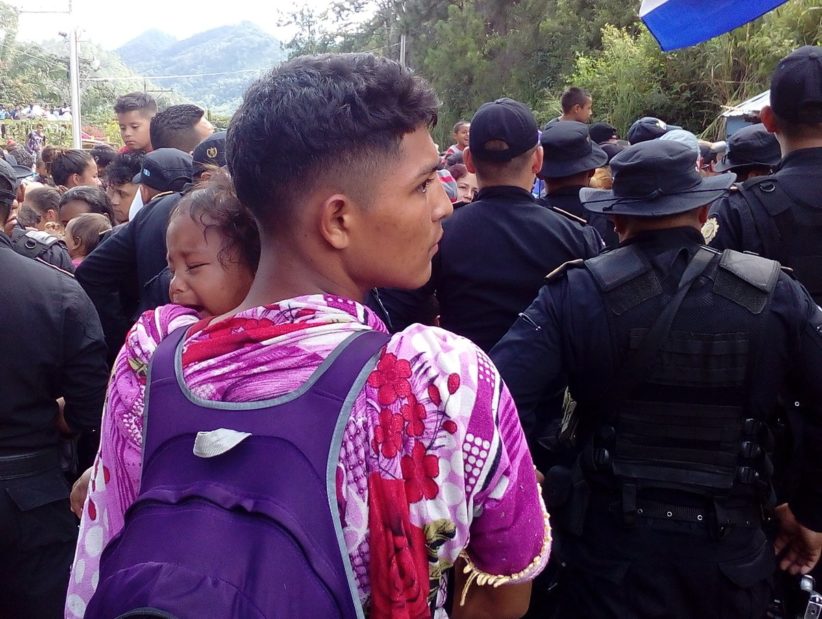 As many as two thousand Honduran nationals forming part of a ‘migrant caravan’ are currently making their way through Guatemala and shortly anticipated to enter Mexico. Their final destination is believed to be the United States, which has today sparked outrage from the country’s president.

It is not the first time that a migrant caravan has been launched in Central America and, despite threats from the United States to stop all aid to Honduras, the caravan is believed to continue pushing forward

Alongside Venezuela’s humanitarian crisis and the heightened violence in Nicaragua that is forcing citizens to leave, high rates of unemployment across Central America have meant that people are choosing to leave the area in swathes every day. Many claim violence and poverty are the main reasons they are being forced to leave their countries. Despite increased efforts to dissuade migration, a  recent study revealed that 95% of those forcibly returned to their country try and cross the border into the United States again. The risky vicious cycle of searching for a better life and fleeing from persecution continues.

In Guatemala, half of the population is recorded at under 19 years old and just two out of ten citizens can secure official work. The country’s immigration council also reportedly hasn’t had a president for nearly two years and, despite previous efforts to stem migration, little seems to have changed for returning citizens who just want to find opportunities for employment.

The gradual progression for migrants from the Americas appears to move upwards through the continent, despite increased pressure and threats from the United States. Migrant trafficking routes continue to represent a lucrative and incredibly dangerous process, however, a number of Central Americans feel there is little choice than to undergo the trip. Amidst rising crime rates and plummeting economies that force people from their homes, further violence awaits migrants who jump onto moving trains and risk being captured by cartels such as the Zetas or even organ trade traffickers.

Last year, ten migrants were reported to have suffocated in the back of a truck when there was no air to breathe, however, many more incidents go unreported. Jumping on trains has been considered very dangerous, and can also provoke attacks whilst on board, causing most women and children steer away from it. This, however, does not prevent it from happening.

The common denominator between the forced movement of citizens across Latin America appears to be cartel control. Failures in the migrants’ own countries continue to push people to use these perilous routes and, as a result, risk falling into the hands of organised crime leaders.

According to the Washington Post, however, Mexican officials are planning to stop the current caravan from progressing through the country. Mexican News Daily today reported that Mexico’s chief of Federal Police has travelled to Chiapas in preparation of the arrival of the migrants. Security measures are underway to secure the Mexico-Guatemala border even more and immigration authorities are prepared to deny entry to any caravan member who does not hold a valid visa to enter Mexico.

It was in a previous migrant caravan that a number of migrants were granted a waiver which would allow them to avoid deportation and provide for safe passage for up to one month whilst being in Mexico. It is unclear whether this will be the same provision this time.

What has become clear is that despite ongoing threats from international governments, this migrant caravan is bigger and more? determined nonetheless. Their relentless bravery speaks to an unstoppable strive to better their lives and those of their children – yet the options are limited to trying their luck with the migrant caravan or paying thousands to place their lives in the hands of violence and unreliable Mexican cartels.

OPINION: Today Canada legalises marijuana, but could Mexico be next?