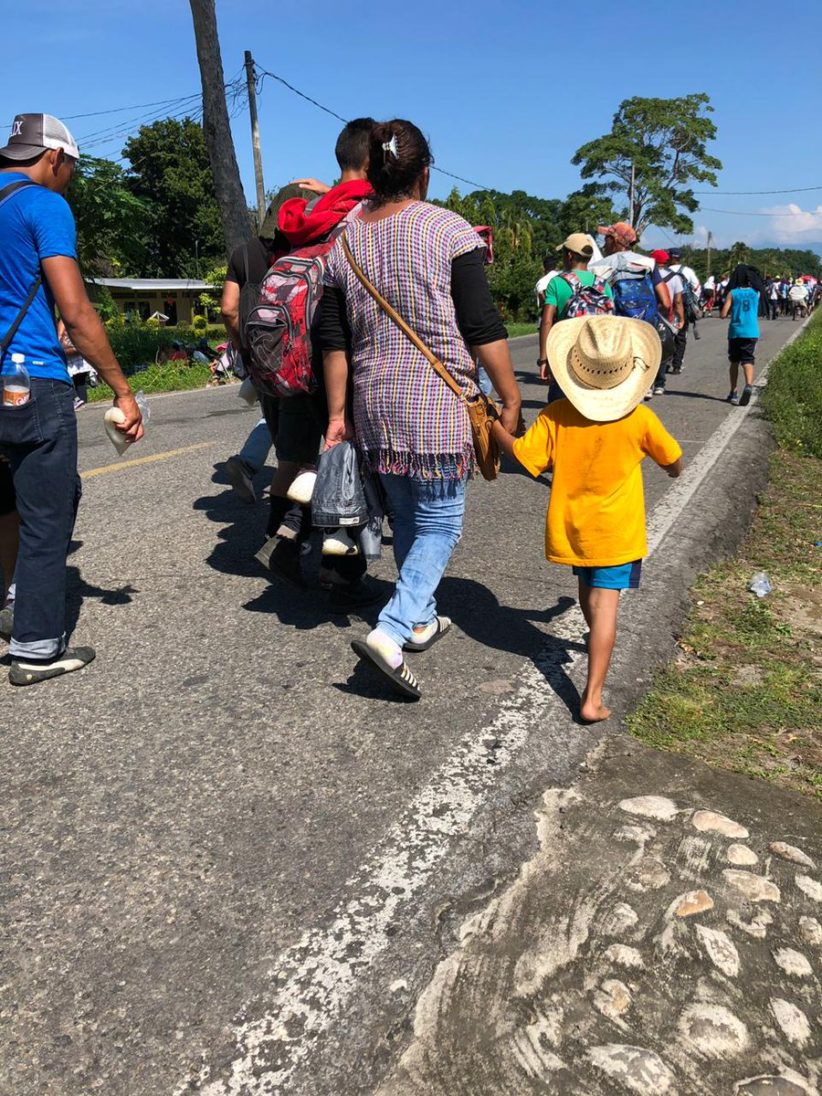 A Central American migrant participating a second caravan heading north has died over the weekend whilst trying to cross the southern Mexican border.

The death yesterday was caused by a rubber bullet which hit the 26-year-old Honduran man in the head whilst the group clashed with authorities between Guatemala and Mexico. According to the Associated Press, the Mexican Interior Minister, Alfonso Navarrete Prida has since denied that the death was the fault of Mexican forces.

According to reports from the scene, the second caravan consists of mainly Honduran migrants and had been attempting to pass through the town of Tecun Uman on the Guatemalan border. A dispute erupted after authorities locked the metal gates which separates the two countries, resulting in an estimate of hundreds of migrants forcing their way through the blockade leaving many injured. This was the same border crossing that thousands of migrants had used in the first migrant caravan which took place last week.

Mexican authorities have since gone on to claim that they were being attacked with items such as glass bottles and rocks by the migrants trying to cross the border. According to the Interior Minister, none of the Mexican federal police were armed, nor had any method of firing a rubber bullet at the migrants. An investigation into the death continues.

The second migrant caravan is on the heels of the larger caravan of some 4,000 people travelling through Mexico. Made up of mainly Hondurans, the first movement has attracted considerable media attention in the past week and is believed to have reached an amount of up to 7,000 people at its height. Since then, some had turned back and others have sought asylum in Mexico. The first caravan has another 1,600 km of predominantly walking to reach the nearest U.S border, and is believed to have resumed early this morning after resting over the weekend in Niltepec, Oaxaca, where they were given sandwiches by Mexicans.

At the same time, it was reported yesterday that another caravan of migrants began yesterday in El Salvador and is also making its way north.

According to the Associated Press, as many as 1,895 migrants have applied for asylum in Mexico. It is unclear, however, how effective this process is and there have been suggestions that applying for asylum to travel through Mexico is believed to take up to 45 days, during which time it is unclear if the migrants are going to be detained. What’s more, as little as half of the migrants who took to the migrant caravan route in 2017 were granted asylum by Mexican authorities, meaning many were forced to turn back. At the same time, reports have arisen of a new programme launched by the current Mexican administration called ‘you are home’ which provides the promise of jobs, schooling and security to those that choose to stay in the southern Mexican states of Chiapas and Oaxaca.

Despite attempts by Mexican authorities to stop the migrant caravan in its tracks, the majority continue to walk north despite a testing climate, outbreaks of violence and little food. Still consisting of children, families and elderly amongst the crowd, the Hondurans leave behind violence, poverty and unemployment and are believed to try and enter into the United States legally through the border and seek asylum. It is unclear how long the asylum process would take or what approach the U.S government will take at their own border.

The Honduran migrant killed yesterday, yet to be formally identified, is reportedly the second person to have died whilst risked everything to get to the United States. According to the UN, 412 migrants were recorded to have died in 2017 whilst trying to cross the border. This, however, doesn’t encompass the number of people that still remain missing whilst trying to pass the treacherous journey through the desert.