Number of Monarch Butterflies migrating to Mexico increase, but can this be sustained? 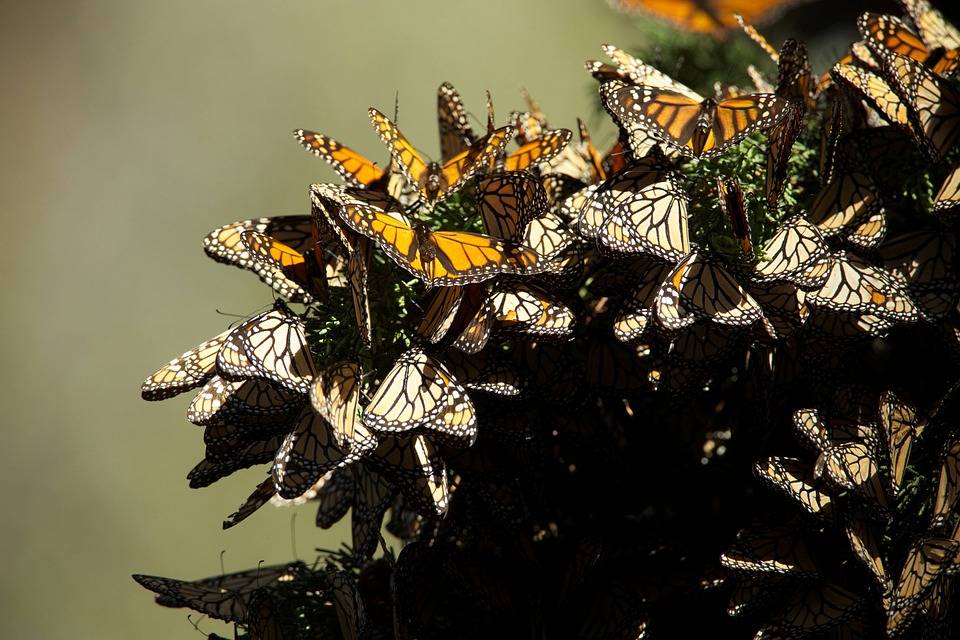 By November every year, millions of Monarch Butterflies reach the end of an enduring migration that has taken them on a 2,500-mile journey from Canada and the United States down to central Mexico.

Like with many mass migrations, the perilous journey is undertaken so that the butterflies can hibernate in warmer climates, however, the biggest mystery of all surrounds the butterflies knowledge of their destination. Despite going back to the same place each year, the butterflies in this migration have never taken the journey before.

It will be the fourth generation after the ancestors that set off from the north that will, in fact, end up in the Monarch Butterfly Biosphere Reserve in the Oyamel Fir trees found 100 kilometres north-west of Mexico City. The Biosphere Reserve also boasts 13 indigenous communities, 21 private landowners and nearly 27,000 inhabitants according to Mongabay. For the next few months, however, the site will capture the attention of visitors from around the world, as the natural wonder turns the trees orange with millions of sleeping butterflies.

‘‘The overwintering concentration of the monarch butterfly in the property is the most dramatic manifestation of the phenomenon of insect migration,’’ claims specialists from UNESCO.

Scientists have further celebrated this year’s migration, as news comes in that the amount of butterflies arriving in Mexico is up 144% over last year, reported The Guardian. This year is, in fact, the biggest population of butterflies that Mexico has welcomes since 2006.

The data was presented this week by Mexico’s Commissioner for Protected Natural Areas, Andrew Rhodes. Scientists, however, are quick to maintain that this growth might not be replicated in the following years, specifically as more drastic effects of global warming begin to be felt around the globe.

“It’s not going to be replicated next year, not even close,” Chip Taylor, director of Monarch Watch said, according to CBC. The tell-tale signs that he might be right are already surfacing, despite the celebrations at this year’s blooming numbers in Michoacan, Mexico. Colder spring temperatures have already contributed to an impact that delayed their arrival, and warmer temperatures later in the year are anticipated to be a hindrance to butterfly reproduction.

The concerns add to the troubling reality that has faced Monarch butterflies in the United States, where the number of butterflies is believed to have slumped by 97% in the last two decades.

Monarch Butterflies are not the only type of insect that is facing troubles in the stormy times ahead. Scientists from all over the globe have begun to document forests that show considerably fewer signs of insects such as butterflies and bees. The effect of a gradual decline in these ecosystems are yet to be determined but are believed to be of concern to the food chain and pollination.

It’s also not just global warming that is posing a risk. According to a study from 2018, farming, logging and human intervention also comes into play and can have devastating effects on insect’s natural habitats. Although the Michoacan spectacle brings awe to thousands of visitors every year, and scientists have strived to protect the biosphere, it was just a few months ago that Mexico’s biggest mining company proposed opening a mine within the park, placing the future of each butterfly in jeopardy.

There is a delicate balance in the butterfly ecosystem that, this year, has allowed for numbers to surprisingly flourish. However, the staggering results from studies around the world explain that a continuous worldwide decline is already in action for the insect.

Amid changing climates and manmade hurdles, what does this mean for the future of the monarch butterfly? Last year, according to Popular Science, specialists were able to determine that a large group of monarch butterflies who were found in southern Florida had also migrated there from other regions, prompting the headline: ‘Like your grandparents, monarch butterflies are now wintering in Florida’. If future Monarch generations are forced to abandon the route of their ancestors, could other locations provide an alternative closer to home?