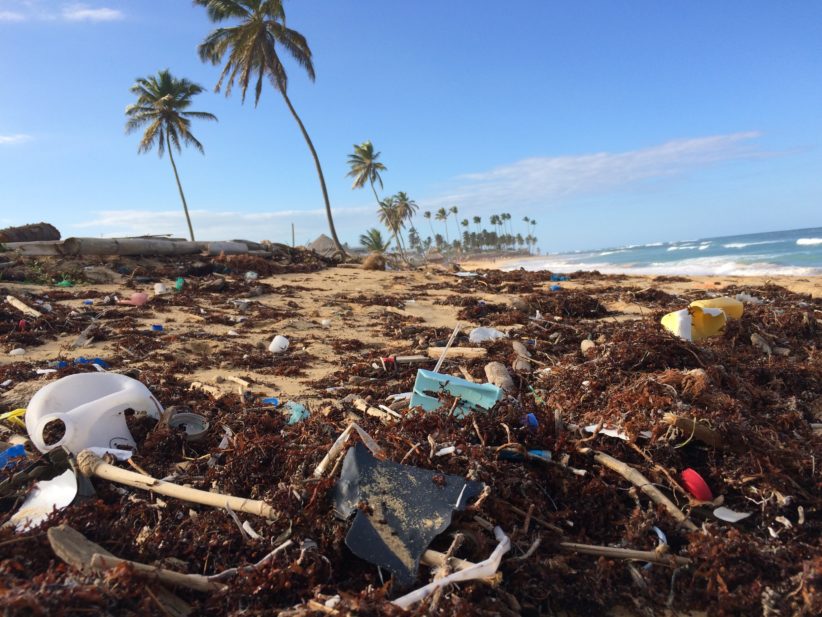 It isn’t just Mexicans who are polluting their beaches. A recent interview with Manolo Ruiz, co-founder and general director of Heel Habilidades A.C. revealed that plastics that arrive on Mexico’s shores come from all over the world.

Heel Habilidades is a company that brings together a wide variety of individuals and companies dedicated to reducing plastic waste through education, communication and innovative projects. Ruiz explained to Cuatro Poder that issues surrounding plastic waste can no longer be limited to a single country.

“We have found plastic from all parts of the world, from China, Australia, Chile, and Denmark, among others,” he said. “This reflects the fact that this is a global problem, that even if we are trying to deal with it from a local perspective, it flows over our borders.”

He added that plastic waste infiltrates all parts of our oceans, including coastal areas, deep waters far from land and it has even been found frozen in marine ice. Studies carried out by the International Maritime Organisation (IMO) reveal that only 15% of the waste is kept on the surface, with 15% in water columns and the remaining 70% on the seabed, all of this weighing in at an alarming 268,940 tonnes.

According to the UN Environment Programme, if the current pollution rate continues, plastic will overtake fish in the oceans by 2050.
Visit https://t.co/A9d3d9ClRX and learn how #PlasticTwist brings new solutions into play.#ReclaimPlastic#RevaluePlastic#PlasticWaste#H2020 pic.twitter.com/CRJ6NeVMIb

The reasons behind this are clear, Ruiz explains.

“We need to start to work, to understand this social question of “use once and throw away,” he explained. “People don’t understand the amount of energy that is in every product that passes through our hands. We don’t want a dirty Mexico.”

In Mexico, each municipality is responsible for the encouragement of recycling and limiting the amount of waste that ends up in our ocean, and Ruiz criticises the fact that the country does not have a comprehensive system to do this, nor the education processes in place to pass the knowledge onto younger generations.

However, Miguel Rivas, the coordinator for the ocean campaign for Greenpeace Mexico highlighted to Economia Hoy that despite popular opinion, recycling cannot be the answer to our current plastic crisis.

“The truth is that recycling is not and will not be a solution,” he said. “Less than 10% of the plastics produced since 1950 has been recycled, but it is the predominant discourse because it exempts large businesses of any responsibility, which ultimately falls on the citizen. What we need to do is start to reduce.”

“The General Law for the Prevention and Comprehensive Management of Waste needs to change and I hope that we will be able to have a packaging law that extends the responsibility to the producers so that it is no longer just on towns and on citizens,” he explained. “We demand transparency from businesses. Citizens have a right to know the amount of plastic pollution our companies are producing.”

Industry’s waste and emissions on the coast have already come into question this month with over a hundred turtles washing up dead in Chiapas state and deceased manatees also being found in Tabasco.

Not only is there the possibility of AMLO creating a law limiting or at least placing responsibility of plastic waste on businesses, the country has also come up with other ways to reduce plastic use, reported UN Environment.

This year the Chamber of Deputies approved a legal reform to discourage the use of disposable plastics, and will be discussed in the Senate later this year. Some Mexican states are ahead of the trend and have already joined the UN Environment Clean Seas campaign, which 60 countries are affiliated with.

Reducing the amount of plastic we use and dispose of is paramount to combatting this global issue, and companies such as Biofase are coming up with innovative new alternatives. Mexican-born Biofase creates straws and disposable cutlery made out of avocado seeds, which biodegrade after 240 days, rather than the 100 years a plastic straw takes. Recently featured in Entrepreneur, Diapers2Go is an Australian company that has created disposable but biodegradable nappies in order to combat the 16 billion disposable plastic-ridden diapers disposed of in the US alone every year.

Plastic in our oceans is something that needs to be tackled on a worldwide scale, rather than letting countries such as Mexico bear the brunt of the globe’s waste on its beaches.