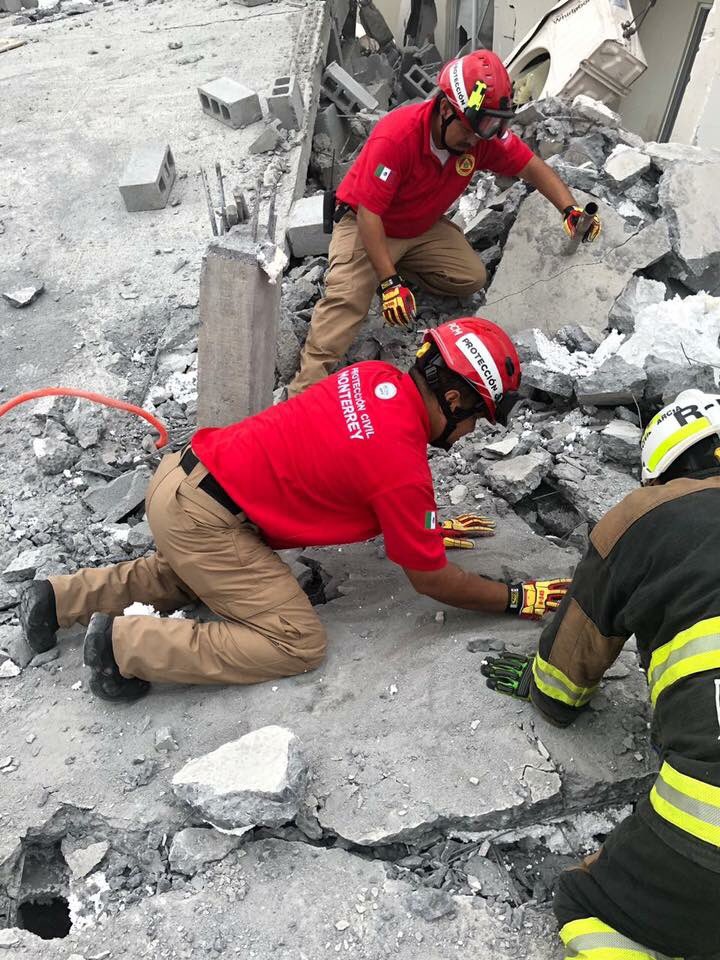 At least seven people have died after a shopping mall collapsed yesterday in the northern Mexican city of Monterrey. The building was under construction at the time and more than ten people are believed to still be missing.

The incident took place yesterday afternoon in Cumbres del Sol, Monterrey. According to local reports, the construction of three concrete storeys appear to have collapsed on top of each other, however, the cause of the incident is yet to be confirmed.

Because the site was still under construction,  those caught up in the collapse have all been confirmed as construction workers who were involved with building the mall.

ABC has since reported that local council secretary Genaro Garcia has announced that a further 15 people were injured in the incident. Over 100 emergency workers have since been dispatched to the site of the collapse and two were pulled alive from the rubble, but the search continues.

There are claims that the construction was being carried out without the necessary licensing. It is, however, not uncommon for constructions around Mexico to not follow legal protocols. Although globally Mexico City has some of the strictest building requirements which, if not complied with, can lead to large fines, private building inspectors have been criticised of weak law enforcement allowing for several constructions to skirt around the conditions across the country.

In a similar case three months earlier, a shopping mall in Mexico City experienced a partial collapse because of construction failings. The newly opened site was still undergoing some building work yet no-one was injured when the top floors of the building fell through.

It has been just over one year since Mexico experienced the life-changing 2017 earthquake on the anniversary of a similar disaster in 1985. To this day the exact number of victims killed in the two quakes remains unknown, however, both left countless buildings completely reduced to rubble around the country. Mexico continues to remember the disasters, which can also be understood further through the temporary ‘Sismo’ exhibition currently taking place at Mexico City’s Museum of Memory and Tolerance.

Although there are constant efforts to reinforce buildings and entrench building laws in order, to ensure that constructions can withstand tremors, yesterday’s collapse suggests that the practice of cutting corners continues. The exact cause of the collapse is unknown and investigations continue.