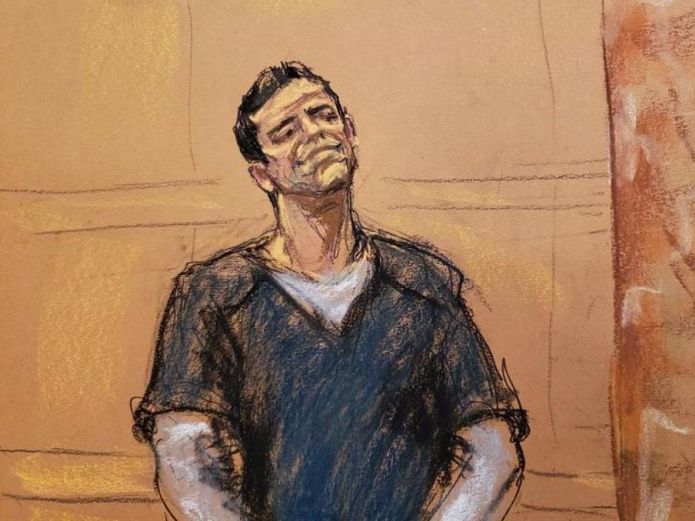 Vicente Zambada Niebla was arrested in 2009 and slapped with numerous drug-trafficking indictments upon his extradition to the United States.

At 43 years old, he faces substantial time behind bars for his work in the Sinaloa Cartel, an organisation that he alleges is now being run single handedly by his father Ismael ‘El Mayo’ Zambada, who has so far evaded arrest, apparently through his vast connections in police and government.

In the ongoing case of El Chapo, who is now on trial in New York, defense lawyers have tried relentlessly to point the blame at El Mayo. Guzman was merely a pawn argues his defense, and the largest drug dealer of the Mexican cartel continues to walk free – despite evidence against El Chapo continuing to build up against him.

The new year welcomed the trial’s most explosive witness yet, as Zambada junior agreed to testify against El Chapo, in a cooperation bid that would hope to lessen his current sentence. Son to a cartel leader, his insight has joined up the dots across the countless witnesses before him, and the results have been explosive.

‘‘We learned everything from the fact that his father, Mayo Zambada, Chapo’s partner, regularly had a monthly bribery budget of $1 million – I’ll say it again, that’s monthly – to pay off corrupt officials in Mexico,’’ explained Alan Feuer of The New York Times, who has been sitting in on the trial. ‘‘We learned how the cartel used submarines to smuggle drugs up from Colombia to Mexico. We learned that they then crossed those drugs into the United States in everything from trains with secret compartments to tractor trailers where the drugs were stuffed in between pallets of frozen meat. He took the jury through virtually every aspect not only of the cartel’s operations but even down to the level of its kind of petty politics and personal vendettas.’’

That was not the only revelation coming from Zambada junior, who has also attempted to suggest he had been working as a spy for the U.S Authorities prior to his arrest.

The journalist also recounted the serious measures being taken in the courtroom, from a group of sniffer dogs and snipers, in order to ensure no foul play takes place during the trial. A radiation sensor that scans the whole floor of the courtroom might constitute the more extreme protections that security officers are taking.

Although El Chapo has been behind bars for some time now, it is believed that the cartel continues to function despite his imprisonment – pointing overwhelmingly to a truth behind Zambada senior’s influence in the cartel. The Guardian recently also noted, just as with the death of Pablo Escobar in Colombia, little appears to have changed in drug circles except a shift in trafficking routes.

According to the son’s testimony last Thursday and Friday, Zambada senior had agreed to split 50 percent of his cartel’s shipment earnings with El Chapo, who in 2001 was a fugitive after breaking out of prison. Zambada allegedly wanted to help his friend re-establish himself and they were equal partners in the trade.

The most recent witness is also not shy of speaking of the violence and torture all of the leaders ordered to be carried out. El Chapo, according to Zambada junior, always carried a gun, even if he was dancing. The trial continues this week.