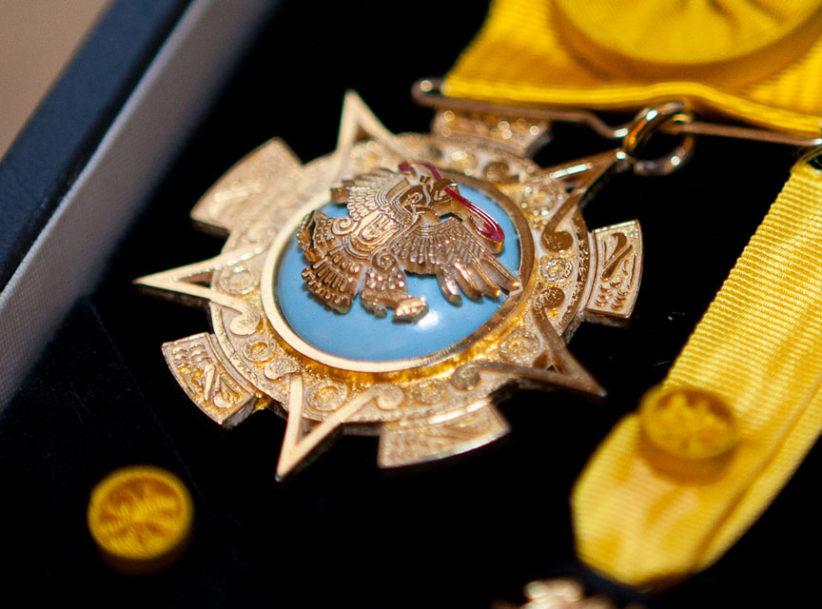 The Mexican government’s plan to award Donald Trump’s son-in-law, Jared Kushner, with the country’s highest honour for foreigners has been met with outrage.

On Tuesday, government officials announced that the Order of the Aztec Eagle will be awarded to Kushner for his efforts in renegotiating the North American Free Trade Agreement (NAFTA). The replacing deal of which is anticipated to be signed this week in Argentina at the G20 summit.

In the final few days representing the Mexican administration, Pena Nieto’s government has pointed out that Trump’s son-in-law and White House adviser played a central role in securing the deal. It has been claimed that he both initiated the process and ensured that the U.S did not leave the treaty, leading to promised economic success across the three participating countries.

The Mexican Order of the Aztec Eagle is the highest award that can be given to non-citizens and has been previously received by prominent global figureheads such as Nelson Mandela, Bill Gates, Fidel Castro, Bono, Queen Elizabeth II, Mauricio Macri and Walt Disney. It honours foreign leaders as well as cultural figures that have contributed to Mexican society.

The decision to place Kushner in the same category as former leaders and dignitaries has been fervently criticised by prominent people in Mexico. The country has long been the point of verbal attacks by the US president from demanding that Mexico pays for ‘the wall’ to threatening to close the southern border with the country. What’s more, the US president is strongly disliked across the country, with previous criticism facing Pena Nieto for inviting Trump to the country back when he was a presidential candidate.

On social media, historian Enrique Krauze spoke of the award as ‘‘a supreme act of humiliation and cowardice.” He lambasted that Kushner had previously referred to Mexicans as ‘rapists’ and the act serves as a final kick to the dwindling approval rates of the outgoing president.

Pena Nieto leaves leadership with ratings of just 24% approval, amidst claims that nothing has been done to reduce violence levels and protect citizens, according to the UN’s Universal Periodic Review. The country has emerged as one of the most dangerous places in the world due to ongoing conflicts in organised crime circles and high-profile corruption throughout the political sphere. There are hopes, though sceptical, that incoming president Andres Manuel Lopez Obrador, will shake-up the political system and bring back a form of order that his predecessor failed to establish.

Analyst Jesús Silva-Herzog Márquez toed a similar note in his statement. “The Aztec eagle to Kushner? Really?’’ he wrote. ‘‘This is how the government is dismissed from indignity. Perfect crown of its indecency.’’