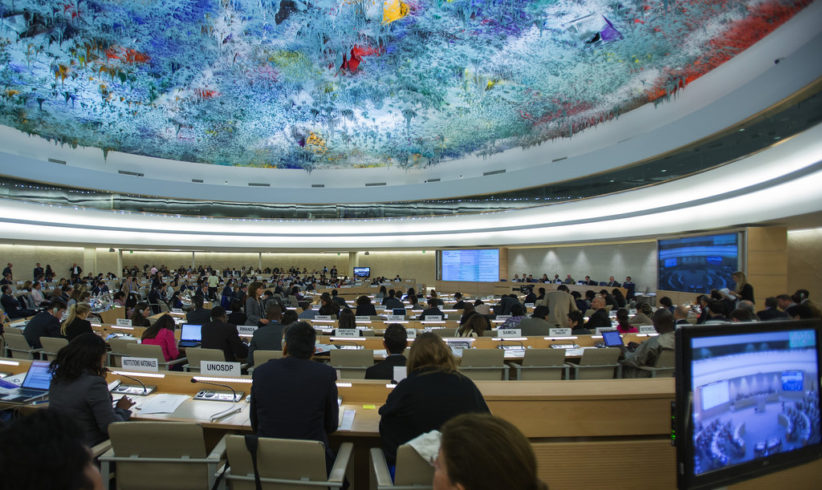 This Wednesday, the Universal Periodic Review will cast its focus on Mexico and assess the country’s human rights situation. It forms part of the UN mechanism which addresses the protections, and also failures, of countries around the world in regards to upholding basic human rights.

This mechanism provides a means to address the human rights protections of its 193 member countries and is a method of countering human rights abuses as well as providing a collective process for ensuring countries uphold those rights.

The new assessment follows off the back of a 2013 session which highlighted an array of serious breaches of human rights across Mexico. According to Human Rights Watch, that year the country’s authorities accepted a number of recommendations in an attempt to curtail torture and forced disappearances as well as extrajudicial executions. It led to the implementation of new laws across the country against torture, and a heightened awareness that the world was watching.

This Wednesday’s assessment will determine whether President Enrique Pena Nieto’s government has been effective in bringing change and progression to human rights across the country. In light of the imminent change of Mexico’s governing party, it has also been speculated that it will act as a preliminary marker on the effectiveness of Nieto’s last six years as President. Some have already suggested that the outgoing president has done little to curtail violence, corruption and unnecessary killings within his country.

According to Animal Politico, the method through which the assessment is carried out will see nations look at what the country has been effective and ineffective in achieving in regards to human rights, and then offer solutions and proposals that Mexico can take in return. The process does not deem a country outright as a failure or a success but instead acts more of a probe to bring light to the general happenings of the country. All the participating nations will be allowed to question the Mexican representative through speakers chosen on behalf of the organisation in a questioning session that is predicted to last nearly four hours.

Following this Wednesday’s session, the next month will be taken to sum up the country’s position, and in December the recommendations will be presented by the UN Human Rights Council, run by Chile’s Michelle Bachelet. The process will then extend into 2019, when in March – under a new government – the country will state which recommendations it accepts or rejects.

Mexico appears to continue to struggle with violence against its people. This year, the country broke its own record for murder rates, tallying a total of 15,973 in the first six months of the year alone, reported The Guardian. Paving its way to be crowned with the grizzly title of the deadliest year in the country since 1997, the country’s staggering crime levels are also combined with heightened organised crime, and increased amounts of kidnappings and femicide as splinter cartel groups look to other means to make quick money.

READ MORE: Mexico has the highest impunity levels against aggression towards journalists in Latin America

The level of impunity across the country has also cast a large doubt over the efficiency of the country’s legal system and contributes to ongoing crime levels. Mexico has also become the deadliest country in the world for journalist disappearances and a number of ‘silent zones’ reveal that meaningful news reporting fails to come out of a number of rural areas due to self-censorship.

To further add fuel to the fire, the 2014 disappearance of 43 students in Guerrero, known as the Ayotzinapa case continues to linger on the minds of Mexican civilians. In Mexico City, a permanent memorial along the heart of the city’s main promenade continues to remind citizens that the case cannot be forgotten. Just a few months ago, Amnesty International called on Mexican authorities to open a special investigation into the ongoing case.

A recent report by the European Centre for Law and Justice also reviewed religious freedom across Mexico. Though the practice of religions is generally allowed across the country, the statement suggested religious groups too face persecution from organised crime groups and extortion plots.

Criticism has since been made about the effectiveness of the human rights review, and with 176 recommendations made for Mexico in 2013, it will be difficult to actually assess what requirements have been met. The unspecified nature of how these recommendations can be measured, as they speak of gradual and more humanitarian actions, rather than a definitive process will raise a question mark around what changes have been made in the country. Though Mexican authorities will attempt to provide a solid case for where improvements have been made, the general mood of frustration – and increased protest – across the country could suggest that not enough has been achieved.

Atleast 100 migrants travelling in the caravan feared kidnapped by cartels