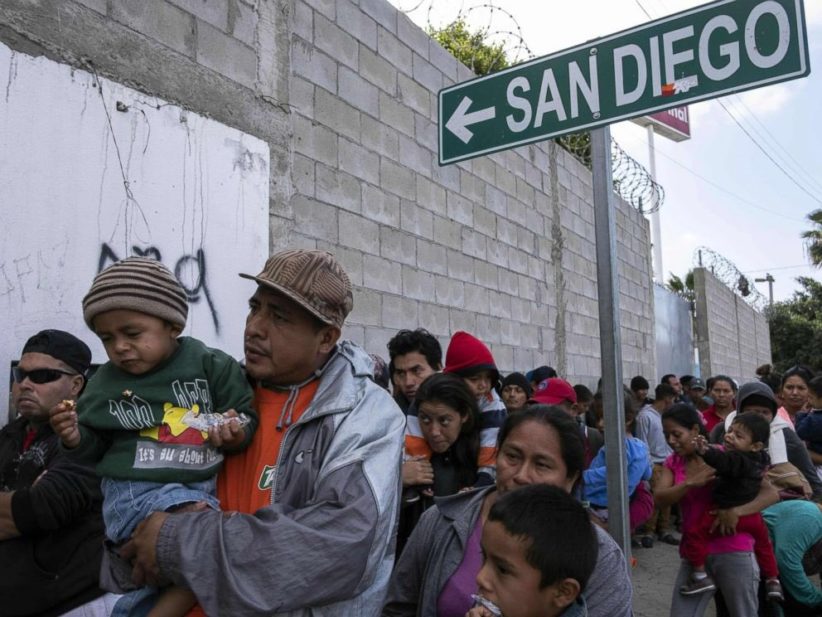 Authorities and citizens in Mexico City are currently in the midst of preparing for an estimated 5,000 migrants to arrive through the migrant caravan into the country’s capital. The mainly Honduran contingency is expected to be met with aid such as food, blankets and shelter, as local support for the caravan continues throughout their time in Mexico.

As many as one thousand people have already arrived in the capital, where they have taken shelter in Jesus Martinez stadium, Iztacalco and a further shelter is being constructed by CDMX authorities which is believed to have the capacity to house 5,000 people. Additional tents are also being erected to house families and people that are elderly and sick. The majority are anticipated to arrive by Thursday of this week, according to Animal Politico.

The migrants are arriving during the capital’s water shortage, caused by annual large-scale maintenance, which has meant the majority of areas across the capital do not have access to running water. It is anticipated, however, that normal water access will be fully resumed by this Thursday.

READ MORE: Schools to close due to water shortages in Mexico City

According to a press release from the capital’s governor, Nashieli Ramirez Hernandez, authorities are uncertain as to how long the migrants are choosing to remain in the capital before continuing onward.

They have since announced a call for donations, especially of blankets in light of cold weather in the capital, and pointed out that they are in serious need of support from citizens in CDMX. Those who wish to contribute can take donations directly to the stadium close to Ciudad Deportiva metro line, or at a collection based at the zocalo.

There is still over 900 km between the migrants and the closest US border where, alongside stringent promises from the US President that they will not be granted entry, they are expected to face a severely increased military presence. Fleeing violence, oppression and poverty from their native countries of Honduras, El Salvador and Guatemala, the caravan continues to push forward despite adverse conditions, with some people even allegedly walking barefoot.

Among the caravan are a number of children and even pregnant women who have seen no better option than to join the movement. It is believed that they plan to seek asylum legally in the United States, however, it is uncertain how many people will complete the journey to the border, and subsequently across. Alternatives to legally crossing the border would involve a treacherous journey through desert areas, which claims hundreds of lives each year.

An organisation which is currently supporting the caravan, People Without Borders, has announced that seminars will be available in the capital to explain to migrants what their rights are when faced with immigration officials at the US border.

Although it is unclear when the migrants will reach the US border, given the sheer distance still in front of the caravan, it is by no means soon. Though there have been many accusations that the US president is fear mongering, and further suggestions that an ‘imminent threat of the caravan’ is being used to benefit in tomorrow’s US midterms, the caravan is making advances of roughly 20 to 30 miles a day.

Mexico’s most notorious drug kingpin to face trial next week