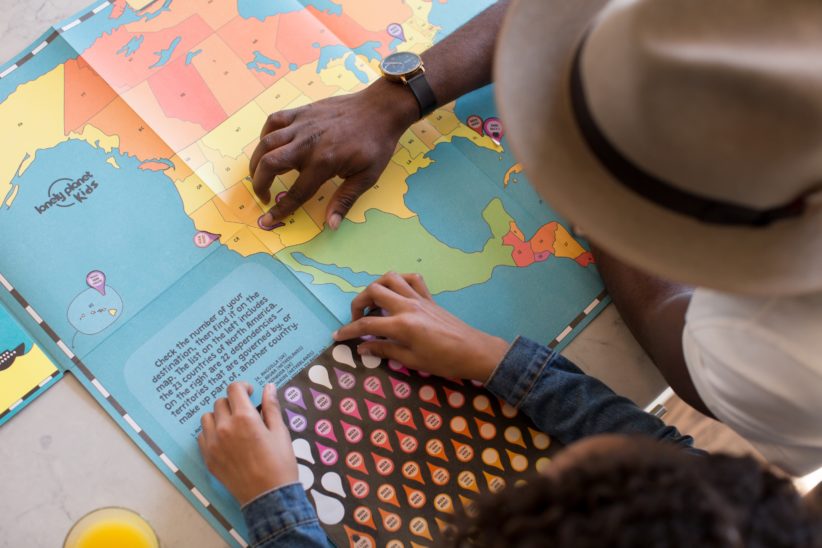 “My pregnancy tracking app shows me which fruit size the baby is now”, one of my millennial-born friends and mother-to-be told me the other day – followed by an Aubergine emoji on Whatsapp, of course. Not surprisingly, technology is on its way to completely transform parenthood with a set of complex algorithms and colorful apps.

A Mexican startup is now on the forefront of that change. Kinedu is an applications that wants to ease the struggles of parenthood while supporting the early development of babies: Parents can read through expert articles, get inspiration of how to play with their kids of video-modeled games or track their child’s development across milestones such as crawling or talking.  While the startup is based in Monterrey, parents from more than 170 countries have by now downloaded the app that comes in English, Spanish and Portuguese.

We speak with the founder on tech innovation for newly minted, sleep-deprived parents around the world – and what it really means to be born in the digital age.

More than 90% of first-time parents in the US are millennials.  Born around the time when ‘in the cloud’ still meant the default pixely desktop background of Windows (‘95), they have grown up to be a generation of tech veterans caressing their beloved smartphones on average 45 times a day.

And as each week more than 2.5 million babies of ‘Generation Alpha’  – born around the launch of Instagram – are born globally, it does not surprise that they will be greeted with a good amount of tech love by parents and policymakers.

The sector of ‘baby tech’ innovation is booming. Between 2015 and 2017, startups with baby- and toddler-focused business models have raised more than $260 million in seed and venture funding, according to Crunchbase data. The market potential is undoubtedly large, as for families with kids under the age of 6, child care and education is traditionally the second biggest household expense.

There are many indications that parenting is changing profoundly thanks for tech startups. In today’s globalized world, parents plug in to read a good-night story by connecting to remote video platform Caribu, a startup which just raised more than a million in seed investment. Even for the striktly ‘analog’ tasks such as feeding babies milk from a bottle, an “intelligent baby feeding monitor” at the bottom of the bottle can now check the amount, temperature and event the angle it is held and send feedback to smartphones. This might sound futuristic, but might soon be the norm: A glimpse at forecasts show that the baby-monitoring segment alone is projected to grow from $929 million in 2016 to $1.63 billion by 2025, say market researchers.

Underneath these tech innovations, attitudes are changing, explains Luis Garza from Kinedu: “Millennial parents want to be much more involved in their babies’ development than their own parents.” And: “They are much more reluctant to heed to parenting advice from their families.” As millennials wondering how to best raise their children might prefer to ask Google than their own parents, apps like Kinedu jumped on the opportunity to cater to their needs.

“The ‘quantified child’ leads to a false sense of control”

The trend to turn nursing and raising babies ‘smarter’ is not without controversy. To begin with, parents are particularly vulnerable group to commercially target, say critics: Weakened by sleep deprivation, flooded by hormones and weighed down by the responsibility of bringing up an actual human being, they can easily be driven into buying the type of ‘parenting optimization’ and self-help products that they might never consider under normal circumstances.

Furthermore, there is a certain fear that by connecting with all the technological devices, parents in turn “disconnect from understanding the particular needs of their babies”, warns Rebecca Parlakian, senior director of programs at not-for-profit child development research group Zero to Three. And even by tracking, measuring and benchmarking the masses of digital data that the baby tech industry is generating, there simply has not been found the algorithm that will magically solve the real-life complexities of raising children.

“The ‘quantified child’ leads to a false sense of control”, agrees Kinedu’s founder Luis Garza. “Early childhood development resembles quantum physics more than it does classical physics – it’s affected by many things, and it’s hard to pinpoint what works and what doesn’t.”

The cliché of millennials evokes mums (and dads) circling over their babies like a surveillance helicopter armed with the latest tracking tools and optimization gadgets. However, many believe that the majority of parents around the world are quite far from this image.

Policymakers, for example, are concerned that that education of children is not a top priority of parents as soon as they leave the maternity ward.

“For lots of parents, as much as they want the best for their children, they lack the support they need to ensure that their children are arriving at school at the same level as their peers”, just announced UK Education Secretary Damian Hinds when launching a new £18 million heavy policy package that includes funding educational games, apps and text message ‘tips’ for parents and carers from disadvantaged backgrounds.

“Most parents are not trained in ‘Early Development’, so anything we can do to help them have a better understanding of how it works, the intrinsic variability in child development, and what they can do to help leads to engaging experiences between adults and babies”, says Luis Garza.

Kinedu is also an example of a different boom:  Monterrey’s startup offsprings with global ambitions. “Tech in Mexico is taking off”, says Luis Garza. “Monterrey is a great place to find talent”, he adds, pointing to the proximity both Mexico’s top universities and the perks of being close to the US without “being immersed in the ultra-competitive atmosphere of Silicon Valley”.

And the cultural differences, when trying to grow a parenting app around the globe? Although the world’s millennials have much in common, differences remain, admits Luis Garza. “Across Latin America attitudes towards early learning are not as optimistic as they are in the rest of the world. Parental engagement in their babies’ lives is not (deemed) as important as citizens from developed countries.”

There is anecdotal evidence that society’s values influences the choices parents make; and how this, in turn, influences who their kids become. Following the 1970s model of Geert Hofstede of cultural differences of the labor force – still an ubiquitous part of many business and psychology textbooks – researchers found that parents in Mexico, for example, tend to permit and promote self-gratification rather than restraint in the face of temptations. However, scientists might still might need to run a couple of (Marshmallow) experiments on these claims: Research on parenting in Latin America compared to the rest of the world still seems in, well, its infancy.

Yet in the digital age, apps like Kinedu might be able to contribute by generating more data than ever on child development around the world: By partnering with Stanford University’s Prof. Michael Frank, the founding team hopes to help the body of research grow.

Albert Einstein, as the legend goes, did not speak until he was four. Impossible to know if he would have already been able to tap and swipe, but we are told that he grew up to be a terrible father:  Parenting, so it seems, is indeed as complex as quantum physics.

The Guardians of Mexico: Journalists continue to report in the face of violence