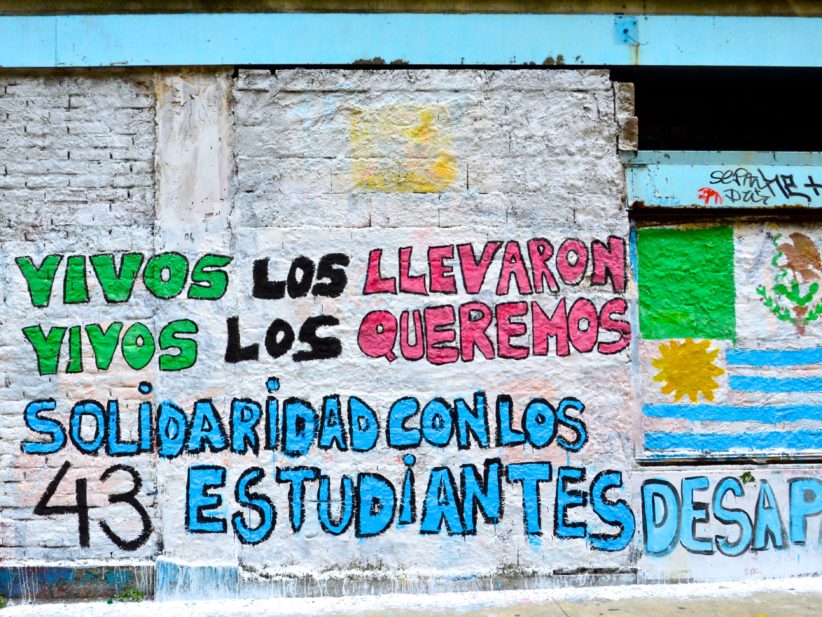 Andres Manuel Lopez Obrador’s first decree as president of Mexico brought in the creation of a truth commission for the Ayotzinapa missing students case.

Over four years since 43 student teachers were forcibly disappeared in Guerrero, and despite ongoing calls from international groups such as Amnesty International, little has been done to identify the people responsible for the crime. Many have criticised former Mexican president Enrique Pena Nieto as sidelining the case and refusing to effectively investigate the crime.

Following a number of setbacks in the former government, it has taken the handing over of power for progress to finally be made.

Considered one of the country’s more notorious unsolved crimes by Al Jazeera, the majority of Mexican citizens are aware of the disappearances and the apparent government failings into bringing justice to the families of the missing students.

It was in September 2014 that a student protest led to clashes with police in the town of Iguala. A bus of 43 students was then stopped by police and has not been heard from since, amidst allegations that the boys were handed over to organised crime groups. It has long been suspected that police were involved with the disappearance of the students and to this day it is unclear what happened to the group.

The orchestrators of the attack initially pointed to local police who have been connected to criminal organisations, however, eye-witness accounts also suggest other areas of Mexican security, police and military were involved. Since 2014, stories of the viciousness of the student attack have grown and a number of mass graves have been located, but the students remains have not been identified.

Branded a crime against humanity, the disappearance and apparent cover-ups from leading players called into question the former government’s ability to control crime in a country rife with corruption. In March of this year, the UN accused Mexico of torture in the aftermath of the disappearances and inadequate answers on the events.

To further point out the failings of the former government, Erika Guevara-Rosas, Americas Director at Amnesty International was quoted as stating there has been a political reasoning behind the case which suggests deliberate concealment of the truth.

“The Mexican government has gone out of its way to impede the creation of a special investigative commission to investigate the Ayotzinapa case, as ordered by a federal court, which ruled that this was the only way to salvage an investigation plagued with irregularities and evidence tampering,” she said.

In a complete change of pace to the PRI,  this Monday’s statement by the new president announced the commission’s creation and reiterated his campaign promises to end impunity and reduce the violence in his country.

“The whole government is going to help with this plan and I can assure you that there will be no impunity either in this sad and painful case or in any other,” he is quoted as saying at the gathering.

According to plans for the new commision, it will consist of the parents of the missing students as well as legal representatives, ministers, criminal experts and investigative specialists.

One million school children left behind because of poverty