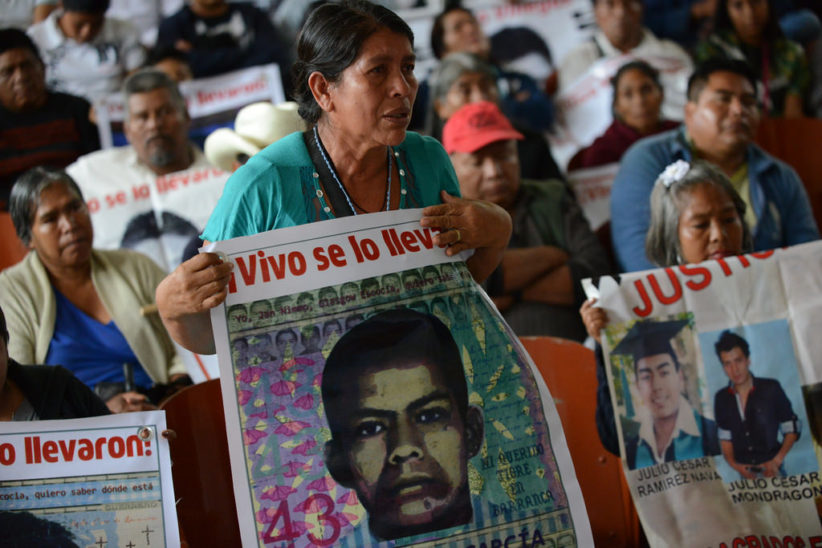 Amnesty International called out the Mexican Government yesterday with accusations that they continue to hide the truth behind the Ayotzinapa tragedy, which saw 43 students kidnapped and believed murdered.

The reaction from the social organisation came in response to political backlash to a ruling by the Third Unitary Court of the Nineteenth District which revealed the investigation had been flawed. The director of  Amnesty International suggests there have been continuous efforts to stop a special investigation into the case.

The Ayotzinapa mass kidnapping was a major event that shook the country and wider international community. Though many details of the event remain unknown to this day, it was in September 2014 that students from the Rural School of Ayotzinapa were protesting against a DIF conference – as well as commemorating a 1986 student massacre. Events quickly unravelled and the students were attacked, with 43 kidnapped.  Their whereabouts remain unknown although many presume they have been murdered.

The orchestrators of the attack initially pointed to local police who have been connected to criminal organisations, however eye-witness accounts also suggest other areas of Mexican security, police and military were involved. Many have suggested that the students were eventually passed into the hands of guerrillas. Since 2014, stories of the viciousness of the student attack have grown and a number of mass graves have been located, but the students remains have not been identified. The Party of the Democratic Revolution’s reputation has been heavily tarnished over the incident with international outcry at the failure of the Mexican state to bring justice upon the crime.

Branded a crime against humanity, the disappearance and apparent cover-ups from leading players called into question the former government’s ability to control crime in country rife with corruption. In March of this year, the UN accused Mexico of torture in the aftermath of the disappearances and inadequate answers on the events.

The most recent accusations against how the case is being handled points to even more corruption occurring from within the Mexican governmental system.

Erika Guevara-Rosas, Americas Director at Amnesty International, was quoted as stating there has been a political reasoning behind the case which suggests deliberate concealment of the truth.

“The Mexican government has gone out of its way to impede the creation of a special investigative commission to investigate the Ayotzinapa case, as ordered by a federal court, which ruled that this was the only way to salvage an investigation plagued with irregularities and evidence tampering,” she said. “The government has filed more than a hundred different legal motions before the courts in an attempt to prevent compliance with this legal ruling. This is proof of a political decision to hide the truth about the fate of the 43 students. The government must stop opposing the special investigative commission and dedicate its resources and efforts to adequately complying with this ruling.”

Guevara-Rosas’ statement follows a long line of campaigning by Amnesty International, as well as countless international groups to establish a special investigation into the disappearances. Almost four years after what many believe now to be a massacre, little progress has been achieved in bringing the vast network involved to justice.