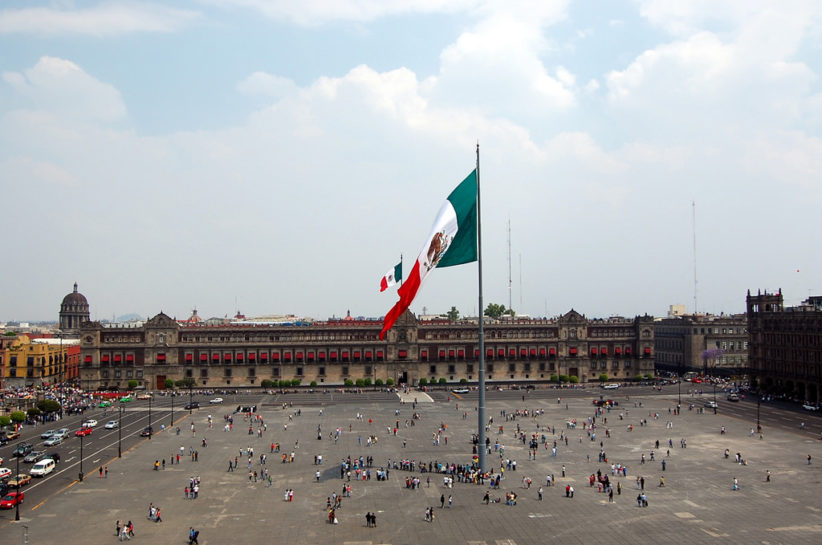 Mexico City’s historic centre is a vast, sprawling area of shops and tourist attractions such as the Zocalo, Palacio de Bellas Artes and the Templo Mayor historical ruins.

It runs atop the list for many people to visit and is the start of many tours as well as home to a number of bars and eateries. However, as night sets in and the shops close, the historic centre turns into a relatively quiet place, and not particularly one where many people choose to live in comparison to the neighbourhoods of Roma or Condesa.

The new Mexican government has announced plans to re-shake the famous historical centre, however, and is promising to build up to 7,000 new residential properties in the area.

The new proposals hark back to ideas of the 1950s which had almost double the population living in the heart of the capital as there is now. The decline in people choosing to live in the centre is linked to the relocation of university buildings as well as the two devastating earthquakes that left the city in disarray.

Surrounding areas that are located close to the centre are then also associated with growing crime rates and deteriorating building structures, which has seen a further exodus of residents from the centre. To add to this, however, a hike in prices that runs alongside tourism might have also played a part in making the centre less than homely.

The newly appointed head of the Historic Centre Authority, Dania Ludlow, has explained that the new housing will be geared at the low-income end however in the first year of government, work will commence on merely assessing the abilities of the project, said El Universal.

The area in question, away from the tourist hotspots, currently boasts a number of uninhabited buildings and empty space which Ludlow has remarked as being another focal point for the rejuvenation of the centre. It reveals a considerable potential for establishing residential areas and opportunities for investment.

As well as buildings, sidewalks and infrastructure will also be looked at in a bid to rejuvenate the image of Mexico City’s famous centre.

What Mexico City’s mayor Claudia Sheinbaum and the centre’s new administration must, however, consider in the light of new redevelopment plans is that the buildings might not be of an adequate standard should another earthquake occur.

Although building legislation was brought in after the 1985 earthquake, many contractors are still known to cut corners on building safety. Many still recall the tragedy that saw the Rebsamen School collapse in the city following last year’s earthquake and students that lost their lives in the tragedy.

Will the new USMCA trade deal finally be signed at Argentina’s G20?