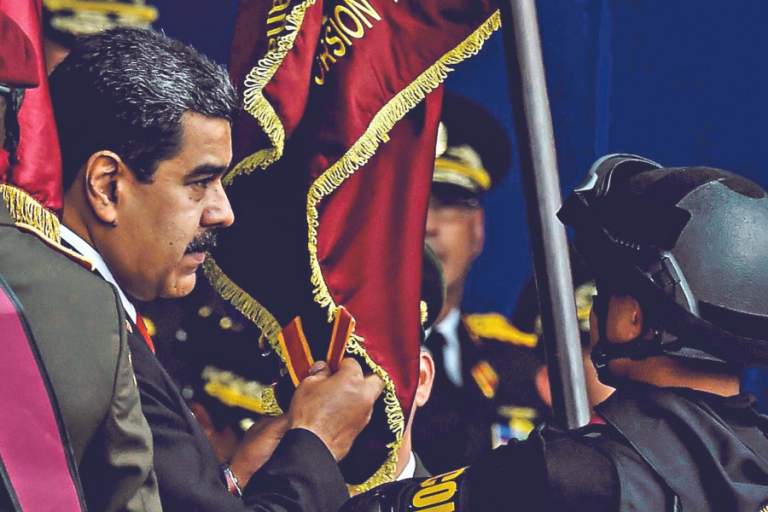 Venezuela have accused Colombia, Chile and Mexico of playing a part in the supposed attempted assassination of Nicolas Maduro on Aug. 4.

“Functionaries from the embassies of Colombia, Mexico and Chile allegedly worked with, or were prepared to work with Venezuelan citizens who participated in terrorist acts to make an attempt on the life of eminent persons in the Venezuelan government, including the Constitutional President of the Republic himself, Nicolas Maduro.”

Venezuelan Minister of Communications, Jorge Rodríguez, thus accused the three countries of providing logistical support to facilitate the escape of the attack’s alleged perpetrators. Mexico, Colombia and Chile have all denied any involvement.

The support for this accusation comes from a testimony provided by one of three people arrested on Saturday Sept. 22 in relation to the August attack, reported news source NTN24 America. Henryberth Rivas Vivas, alias Morfeo, appears in a video broadcast by the government where he alludes to Mexico, Chile and Colombia’s involvement. The Minister of Communications has asked that the three countries form part of an investigation to clear up the situation.

Rodríguez also stated that he believes that the ex-president of the National Assembly, Julio Borges, is responsible for organising the attack. Thus far 28 arrests have been made in relation the presumed attempt on Maduro’s life.

Mexican Secretary for Foreign Affairs released a communique that “categorically” rejected the accusations, dismissing them as “unfounded.”

“The Mexican government and its diplomatic staff always act with complete respect for international law,” the statement read, adding that the country “will continue making diplomatic efforts to contribute to a peaceful solution, that is defined by Venezuelans themselves, to the grave crisis the country is facing.”

The response comes from current President Enrique Peña Nieto, who will hold office until December 1. His successor, Andres Manuel López Obrador, recently assured that his government will not “be sticking [their] nose in other countries’ business.”

Chile stated in its communique that it “energetically rejected the extremely grave and slanderous insinuations and threats” from Venezuela.

“Chile is a country that loves peace, democracy, freedom and respect for international law,” read the communique. “The Venezuelan government lacks the moral integrity to raise defamatory accusations against Chile.”

Chile has also arranged a meeting with the Venezuelan ambassador in Santiago Tuesday morning in order to discuss the situation.

Colombia have already been in the firing line of accusations for the attack,as soon after the ordeal Maduro appeared on national television saying that he had no doubt that Juan Manuel Santos and Colombia’s far-right was behind the attack.

Having already rejected this accusation, Colombia came forward again to deny any involvement, saying that Rodríguez’ statements lack any foundation in the “supposed participation of diplomats in Caracas in the presumed events that occured on Aug. 4.”

As a response to the three countries’ unequivocal rejection of his accusations, Rodríguez released a communique declaring that he felt the negative tone of their communiques seemed like an “evasion” from the issue.

“Instead of clearing up the circumstances reported by the confessions of the terrorists…they have sought instead to victimise themselves and respond with harsh expressions, completely lacking in diplomatic restraint.”

The rejections, added the communique, mean that the Venezuelan far-right “which is capable of putting national peace at risk through the planning and execution of terrorist acts, feels protected and sheltered by governments in the region, allowing them to carry on along the path to violence and death.”

The alleged attack against Nicolas Maduro took place on Aug. 4, with the government affirming that two drones carrying explosives blew up while the president was making a speech. However, this version of events has been questioned, with some firefighters claiming the explosions were caused by a gas leak.

The Venezuelan government assured that they were carrying out “rigorous” investigations in order to find the culprits behind the attack.

Former presidents suggest regulation of drugs could be more effective