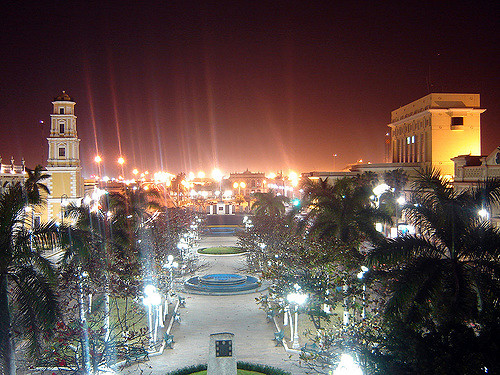 Last month a town in the state of Veracruz, Mexico, decided to ban reggaeton music during Mexico’s independence day celebrations. Now the state – one of the largest of the 31 in Mexico – has also passed a ruling which is ‘anti-meme’.

According to Doble Clic, this isn’t an outright ban against the online phenomenon of memes, but more a curious set of guidelines which some interpret could lean towards a restriction either way.

The ruling, in fact, focuses on ‘compromising images of people, ’ or any type of image or phrasing which might be of offence to the person in question.  This also involves any online depiction which usurps the person’s identity, and also legally paces a restriction on the spreading of aggressive comments or hacking other people’s accounts.

It has been claimed that the law, in fact, prevents citizens from expressing negative criticisms and jokes about Mexican politicians. In essence, it challenges the very freedom of expression on the internet. Coined a ‘cyber-gag’ it has already been met with a number of criticisms from across the internet, despite being passed in a unanimous vote after being suggested by José Kirsch Sánchez, of the leftist PRD party.

It’s not actually the first time that there has been an attempt to bring such a law into passing within Mexico. According to an article from the New Statesman from 2015, a politician tried to bring a similar law into passing over three years ago, before instead being turned into a meme herself.

According to the statement, parliamentarian Selma Guadalupe Gomez proposed the law which would have a $1,600 fine attached to it. The idea never came into fruition, and Guadalupe has instead forever cemented her place in the meme hall of fame of any google search.

Although the most recent bill was created in a bid to protect citizens from cyber attacks and online abuse, the implications of the law’s wording bring into question a plethora of other freedoms that are technically now restricted. Though it is incredibly unlikely that such a ban will have any serious effect upon Mexico’s internet community, it does, however, raise several questions about the freedom of speech and Mexico’s approach to civil liberties and democratic freedoms.

Veracruz is already being considered a ‘silent zone’ in terms of journalism. This means little effective news leaves the area due to self-censorship and attacks upon news outlets in the area, as well a number of killings in Veracruz alone of news reporters and bloggers. It is, unfortunately, common knowledge across Mexico that the line between cartels and government is not a clean divide, but one might wonder whether this is a further attempt to silence Mexico’s online community.