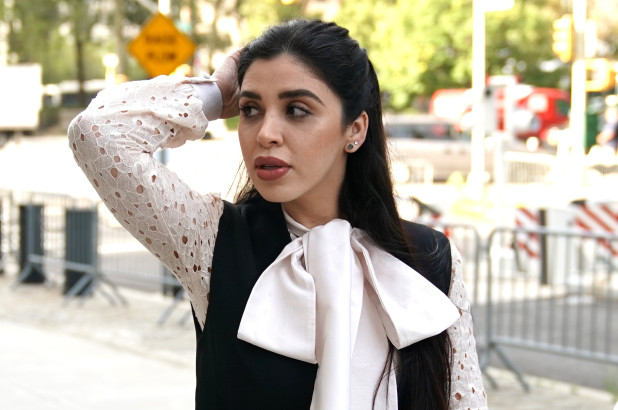 This week, El Chapo’s trial in New York turned to technology in order to unravel further details and communications between the drug kingpin and his associates.

Guzman was no stranger to using high-tech, encrypted programmes and personalised spyware to spy on his wife, to communicate with his mistress and send messages to other cartel members about narcotics dealings, as exposed by El Chapo’s ‘IT guy’ Christian Rodriguez.

Now 32 years old, the Colombian native had launched a cybersecurity company before being brought to the attention of Guzman, who had been looking for exactly this type of product to invest in. They met in 2008, at a clandestine airstrip after El Chapo had made his infamous escape from prison in a laundry cart.

“It was like his toy,” Rodriguez said according to CNN. “He liked it very much.”

Following their initial meeting, Rodriguez was tasked with building an encrypted communication line for the Sinaloa Cartel, as well as installing spyware on as many as 50 devices belonging to Guzman’s closest associates, being paid US$500,000 for his work. The length of the leader’s obsession with spying on his colleagues went as far as being able to open up a phone’s microphone at any time and secretly listen to anything that was being said by his associates.

Eventually in 2010, Rodriguez was cornered by FBI who eventually were allowed to gain access to Guzman’s encrypted messaging services and trace the narcotics dealer until his eventual arrest. This wekk, the messages made their way in court, amidst testimonies from Rodriguez himself and revelations of El Chapo’s complicated love life, which was  saddled with alleged infidelity.

The messages between El Chapo and his wife, beauty queen Emma Coronel Aispuro, were personal. In one instance, prosecutors reveal her telling Guzman “maybe it’s best for Mommy to make [her enchiladas] for you. After all, it was her enchiladas that made you fall in love with her.” In another instance, however, Guzman jokes about giving his six month old daughter an assault rifle so they could work together.

Agustina Cabanillas Acosta, one of Guzman’s associates, was also revealed to be sharing sometimes compassionate messages with the drug lord. Known as La Fiera, messages claiming that ‘the other woman’  was the most important thing in his life were also read out this week in front of his wife. The exposure of his personal dealings continue, as the court and subsequently people around the globe, hear about the ever-explosive details of a strong prosecution against him.

The list of witnesses that have testified against El Chapo so far have led the court through a winding journey of the Sinaloa Cartel’s global narcotics network. As they continue to peel back the layers of its supposed leader, the high-security court remains on top alert for any dodgy dealings.

As for the latest witness, Rodriguez fled to the United States after overhearing a conversation that ousted him as a double agent. However, in 2013 he talks of the nervous breakdown he experienced and the medication that he still lives on. A compensation amount of $400,000 is what he received for his co-operation, according to Rolling Stone, and he now lives under federal protection.