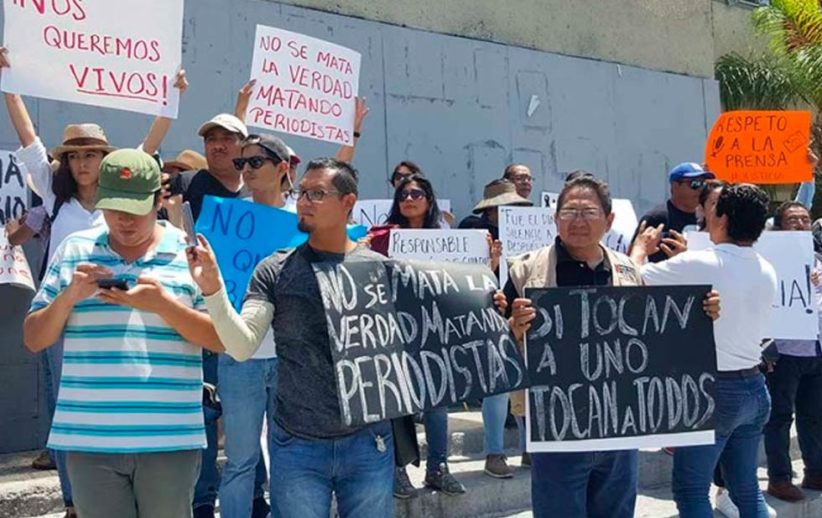 After receiving numerous threats whilst working for a newspaper in Chiapas, on Friday Mario Gomez Sanchez became the ninth journalist to be killed this year in Mexico.

Gomez Sanchez was leaving his home on Friday in the town of Yajalon when he was shot by two assailants on a motorbike. According to the Los Angeles Times, the journalist was shot several times and later died in hospital. The most recent attack follows eight documented murders in 2018 as well as a considerable amount of threats and smear campaigns against media workers in the country.

It is unclear at this point whether the killing was directly related to his work, and local authorities claim that a full  investigation has since been launched into the motive behind the attack.

Gomez Sanchez had been working for El Heraldo De Chiapas for over eight years and had focussed on general news whilst occasionally looking into politics and organized crime. He was also not unknown to threats of violence, and it has since been revealed that he had approach authorities two years prior in fear of his life. According to reports from Article 19, the earlier threats had been delivered through Facebook from the staff of a Congress member. It is believed the original threats were linked to investigations into government corruptions. Despite approaching the police, no action was taken in light of the threatening behaviour.

Video footage of the attack has since been released which shows two men on a motorbike approaching Gomez Sanchez and shooting several times. El Universal has pointed out that the shooter appeared to know how to handle weapons and could have been trained. The audacious attack was also captured on CCTV took place in daylight and whilst other people were passing by, which did not appear to deter the attackers.

The death has been condemned by authorities as well as the country’s National Human Rights Commission, amongst calls for a thorough investigation and more protections for media workers. Although Mexico has a protection process in place relating to journalists seeking help, the country has remained one of the most dangerous places to work as a journalist, and one of the only locations that is not a warring country.

The continuation of attacks towards the press runs parallel to a staggering amount of violence and murders across the country, many cases of which are linked to organised crime. Chiapas, the state where the attack took place, is one of the poorest areas in Mexico and has been considered one of the more dangerous areas within the country due to rising homicide rates. Nonetheless, the nationwide scope of violence towards members of the press represents an attack on the deliverance of news which even the government’s protection programme has failed to guard.

Legal win for the ongoing investigation into Ayotzinapa disappearances