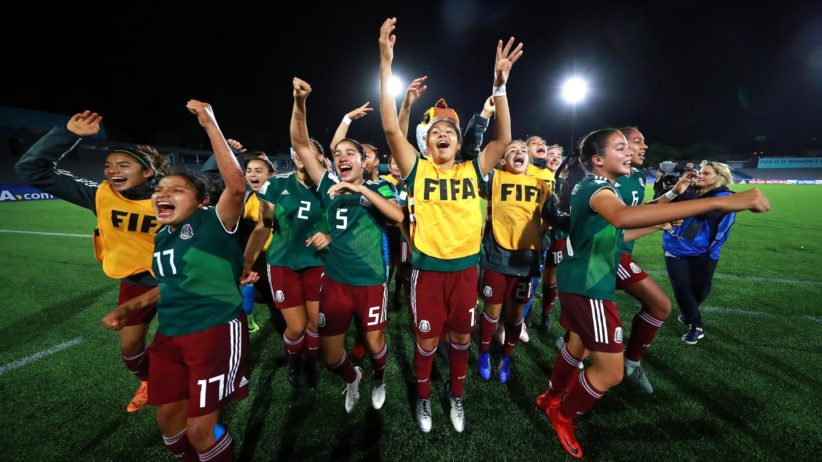 Mexico has made history by taking its first national football team into a women’s world cup final.

The team in question, Mexico’s national U17 women’s soccer team, joined New Zealand and Canada who all secured a position in the semi-finals for the first time in the teams’ histories at the Uruguayan championships.

Following the latest matches, Mexico is set to meet Spain for the final this Saturday after beating Canada and New Zealand respectively.

The game, which saw the team take the lead into the final against Canada, saw Mexico win 1-0 in the semi-final. The winning goal was taken by Nicole Perez, the team’s captain, who scored off a penalty in the first half.

It wasn’t the first time that the two teams had met on the pitch, having already competed in the semi-finals of the CONCACAF Championships earlier this year. It was in this previous match that Anette Vazquez and Nicole Perez scored, leading the team to win 2-1.

According to FIFA, the player of the match was singled out as Alison Gonzales of Mexico, as coach Monica Vergara’s young team managed to keep a hold of their 1 goal lead throughout the match. As the team’s head coach, Vergara also brings her fair share of footballing experience to the training pitch and had previously competed in her country’s senior national team and also played in the Olympics. Across the Mexican football federation, she has already undertaken many coaching roles, before assuming U17 coach at the start of this year.

“It’s incredible that all the mentors share, how they opened their world and experiences, and it’s something that has helped me a lot before coming here to Uruguay,” Vergara recently said to FIFA about the organisation’s coaches and mentoring opportunities across teams.

It has been a long and winding road for female sports team within the country, however, women’s football is becoming increasingly prominent across Mexico as young women rally to break traditional machismo perceptions that still sometimes grip onto Latin American culture.

It was only in December 2016 that the country’s football federation launched a professional women’s league in a bid to enhance female sports contributions in the country and also strengthened the national women’s team. LIGA MX Femenil was the result, and in the country, 38.5% of Mexican women are identified as football fans.

Though there is still some way to go in the realms of women’s football, and for that of the perception of gender roles as a whole in the country, the most recent win will be eagerly followed by Saturday’s determining the result and certainly bring more interest to women’s sports in Mexico.