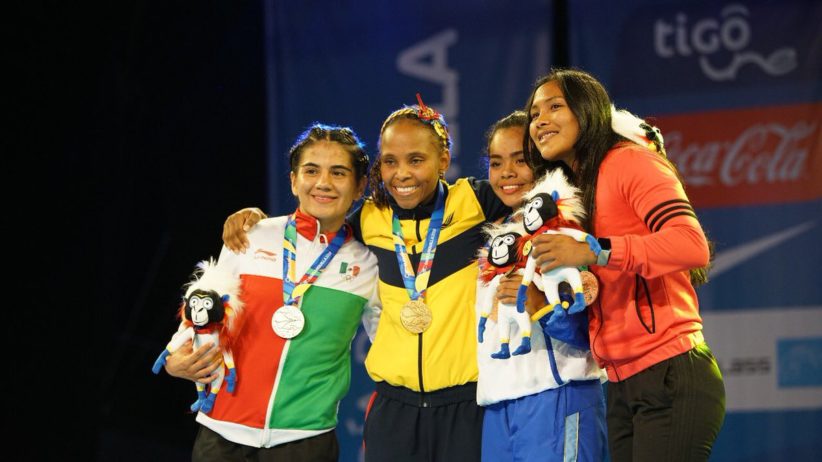 Having continued to lead the medal boards throughout the competition, Mexico looks poised to upset host nation Colombia and rival Cuba at this year’s Central American and Caribbean Games in Barranquilla.

The Central American nation has won more than 100 gold medals in the competition, almost 50 first-place finishes clear of their nearest rivals in Cuba and Colombia. The host nation must be happy however with their performance in the football, taking the title of their pet event from Venezuela in a close 2-1 final on Tuesday.

The hosts took the lead early at Romelio Martinez Stadium after a Luis Sandoval shot deflected off Venezuelan Jean Gutierrez for an own goal in the 11th minute. They scored again in the 32nd minute to make it 2-0 after Leonardo Castro kicked truly from a free kick.

However, the Venezuelans fought back with a goal four minutes later thanks to the work of Yohandry Orozco. While the Venezuelans peppered the goalkeeper in the second half, it was too little too late. The crown marks the third time Colombia has won gold in the football, having won at Barranquilla 1946 and Cartagena 2006.

A day earlier, however, Mexico had won the finals of the women’s football against Costa Rica 3-1.

This year marks the 23rd edition of the regional Games and the fourth time it has been held in Colombia. The Games take place every four years with 37 countries from across Central America, the Caribbean, and the South American countries that share a Caribbean coast.

The nations compete over two weeks in 470 events, with the competition set to wrap up on Friday.

Cuba is attempting to defend its crown for the second-time running but is facing stiff competition from Mexico. Mexico is dominating the competition, with especially convincing performances in swimming, men’s kitesurfing, gymnastics and squash.

The country has almost doubled the number of gold medals held by Cuba and it will be impossible for Mexico to lose the crown this late in the competition.

The competition has been held since 1926 to act as an important warm up to the next Summer Olympic Games.

For more information or to stream events as they happen, visit the Central American and Caribbean Games’ official site.

Shootout over fuel theft in northern Mexico leads to fatalities