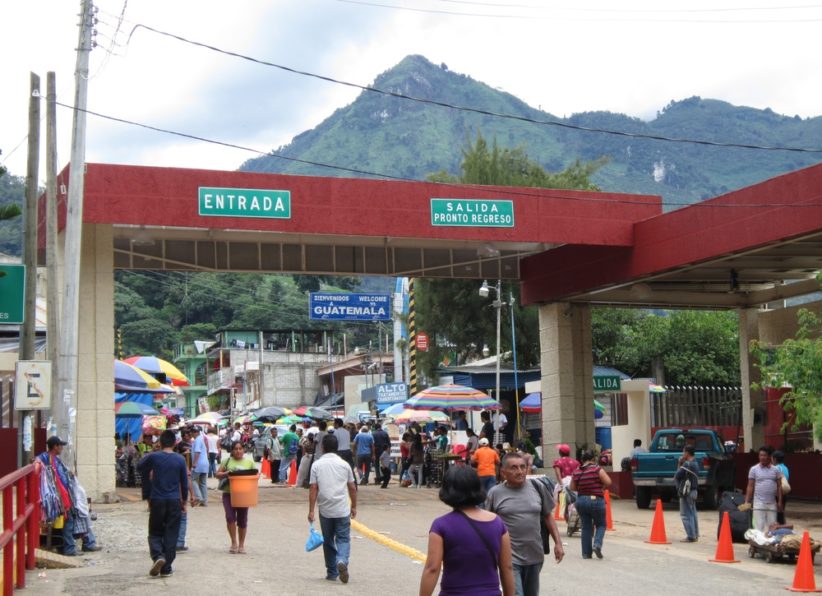 As many as five thousand Honduran migrants have passed from Guatemala into Mexico over the weekend as the migrant caravan continues to push north towards the United States.

So far the caravan of people, many of whom are fleeing cartel violence, poverty and unemployment, have faced a string of social media attacks from Donald Trump yet have continued to march forward through the country. Over the weekend a number of migrants also breached a border security fence and crossed illegally into Mexico, amidst speculation that migrants attempting to legally pass the border were disappearing to detention centres.

Although Mexican riot police were stationed along the route of the migrant caravan, it is believed that they were not ordered to stop the movement and the march north continues.

According to Mexican publication Proceso, federal agents from the National Institute of Migration and the General Commissioner of the Federal Police have begun directing migrants to a camp in Tapachula, some 35 kilometres from the border, where they have been offered supplies and the promise of securing safe passage through the country. Although it has been claimed that here they can receive documentation to travel freely through Mexico, criticism has been raised over the former fairground location as, in fact, some have accused it of being a cover for a detention centre.

This is the “shelter” federal police wanted to direct caravan to. PF commissioner just came in and evaded our question https://t.co/uvYy8VfPGh

Unknown to many of the migrants entering Tapachula, the process of applying for asylum to travel through Mexico is believed to take up to 45 days, during which time it is unclear if the migrants are allowed to leave the site. What’s more, as little as just half of the migrants who made the route in 2017 were granted asylum by Mexican authorities, meaning many were forced to turn back.

Migrants asking migration agent “if we go in, can we come out?” He responds “we have food water, medical attention inside.” A woman yells back “that’s not an answer!” pic.twitter.com/91LU62uLRo

Despite contradicting reports of the approach that the Mexican authorities have taken towards the Honduran exodus, a number of local Mexican citizens along the migrant trail have reportedly supported the migrants with donations of food and water, and even live music upon their welcome.

What’s more, today Animal Politico published an article detailing how Mexican civilians can support the migrant caravan and what items can be donated to the Hondurans. According to the report, clothing, shoes and medicine are some of the highest priority items and a collection centre can be found in UNAM, Mexico City, as well as in other locations as a result of efforts from numerous humanitarian organisations. Tomorrow, a meeting is being held in front of the US Embassy in Mexico City, where civilians will discuss how they can support the safe passage of migrants through the country.

Despite increased efforts to dissuade migration from US authorities, a  recent study revealed that 95% of those forcibly returned to their country try and cross the border into the United States again. The risky vicious cycle of searching for a better life and fleeing from persecution continues.