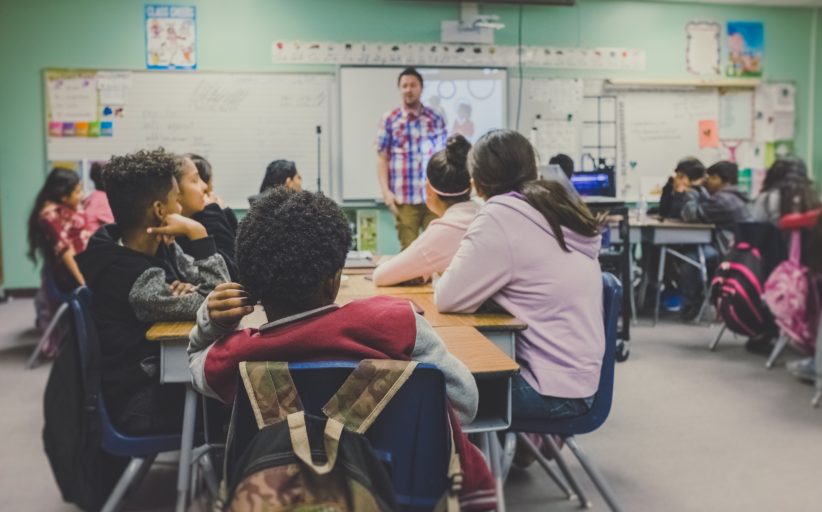 Attention-deficit hyperactivity disorder (ADHD) affects people of all ages across the globe. Though there is no all-encompassing research on how many people are affected worldwide, up to 7.1% of children and adolescents are believed to be living with the disorder and there is little study about the extent to which the illness affects people in later life.

Despite inconclusive statistics on the number of people suffering from the disorder, ADHD has actually grown in precedence amongst news headlines and particularly in school settings. With symptoms ranging from inattention, forgetfulness and being easily distracted, recent studies have concluded that one of the issues might be connected to digital media and an increased amount of screen time. It’s certainly not the first time ‘the digital’ has been linked to a decline in wellbeing – particularly in the form of mental health –  nor is it the only feature that constitutes the onset and diagnosis of such disorders. Though recent articles point towards a connection with digital devices, genetics and brain structure are also considered elements of ADHD, though the disorder still remains not fully understood.

There is, however, a Mexican company that is hoping to turn screen time into a relief for the disorder.

Recently launched Miyabi Labs is based out of Guadalajara, Mexico and is currently pioneering a virtual reality support treatment that uses VR goggles to relieve ADHD symptoms. The startup, created by CEO Josep Maria Tomas Sanahuja who suffers from ADHD  himself, currently consists of a team of psychologists and tech engineers who together are using technology to promote a series of exercises and games that can then be assessed.

Currently, in beta, the virtual reality system consists of a software that is delivered through a headset which is specifically geared towards younger users. It is then possible to track the progress of the games that the child undertakes through an app, and allows parents and specialists to assess the progress of the player with the hopes to further develop even more condition-specific treatments through VR activities. Each task is specifically built to cater for ADHD sufferers and incorporates a level of fun whilst also hoping to allow for specific effects on the brain that might decrease symptoms.

According to Informador, the new programme has received the backing of the Balero accelerator, who works with GSVLabs, as well as being selected as one of just ten startups to receive training from Silicon Valley specialists.

The Latin American IT industry continues to grow across a number of countries, especially Mexico. What is emerging from a number of cities is a new, young and predominantly bilingual cohort of new developers, budding entrepreneurs and tech specialists. The city of Guadalajara, where you can find Miyabi Labs, is often identified as Mexico’s largest and most promising take on Silicon Valley and boasts a plethora of tech innovators. Such progress, however, is not confined to one area alone and tech hubs have been pinpointed in Tijuana as well as Mexico’s capital city. A number of social organisations such as Mexico City’s Hola Code are also preparing youngsters, as well as Mexican deportees who have returned from the United States, for careers in coding and development.

The true extent of ADHD is yet to be determined, however more cases continue to arise in relation to the condition. Mexico’s new startup will join a small selection of technologists from around the world such as the United State’s Goally, Awear and another brain-controlled game device known as Neuro in supporting ADHD suffers and providing increased support.

The market for ADHD orientated technology, however, appears seldom the area of focus for entrepreneurs, despite millions of families desperately searching for a solution which can support the development of happy and independent children and adults. Amidst rising levels of violence within Mexico, and in turn what is predicted to be a looming mental health crisis, efforts from Mexico’s startup scene to address ADHD merely reveal the potential that technology has to improve the lives of many living with chronic conditions.

Students take to the streets amidst violence, murder and disappearances