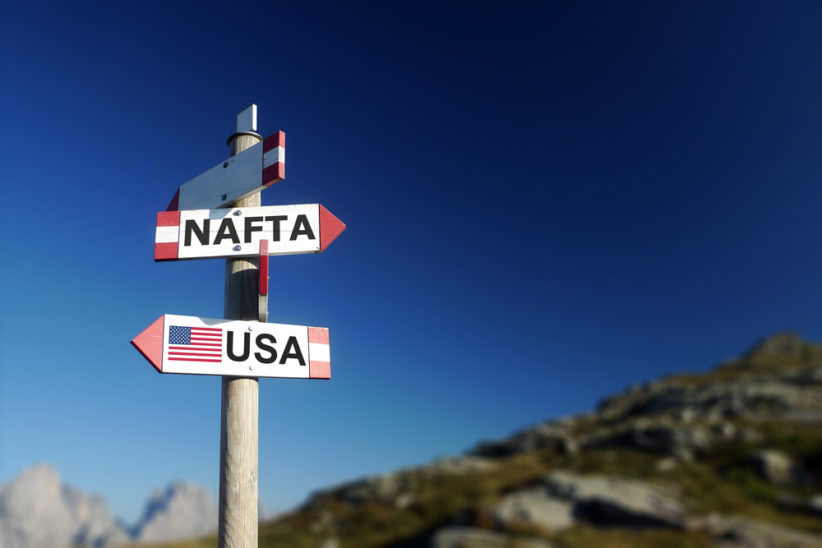 Mexico has now been joined by Canada in agreeing to a revised version of the North American Free Trade Agreement (NAFTA) with the United States. The three countries will proceed with the new deal named The United States-Mexico-Canada Agreement (USMCA) and will replace the former deal.

The aim of the former agreement was to make trade easier between the three countries through a secure trading bloc. The immediate response to the agreement, which was signed in 1994, saw vast rebellion from Mexico’s poorer states as a result of the Zapatista movement and has recently been a topic of renegotiation for Trump.

There were both benefits and setbacks to the current NAFTA deal, for instance, Mexican agricultural exports have grown and manufacturing jobs in Mexico have also seen an increase. According to a number of reports, however, American workers have lost jobs in recent years as companies moved to Mexico and although the amount is not high enough to lay blame specifically on the NAFTA deal,  Donald Trump hoped that a renegotiation will contribute to his ‘America First’ campaign policies.

Until very recently it was speculated that Mexico and the United States would go forward with a joint deal without Canada, due to contested features of the new proposed deal, however, Sunday’s announcement suggests that tensions have since been smoothed over.

It is hoped that the new deal will enhance trade and allow for more economic growth across the three countries, however, the specifications of the new agreement are yet to be released.

According to Al Jazeera, all the countries have highlighted that the new deal will benefit their citizens and it will be the framework for almost one trillion US dollars a year in trading value.

As well as saying that the friendship with Andres Manuel Lopez Obrador, Mexico’s incoming president, is ‘‘doing great,’’ according to Trump, it is believed that USMCA will actually come into effect before the current president Enrique Peña Nieto leaves office in December. It is believed that the change of power in Mexico was the reason that the agreement has been pushed through so last minute.