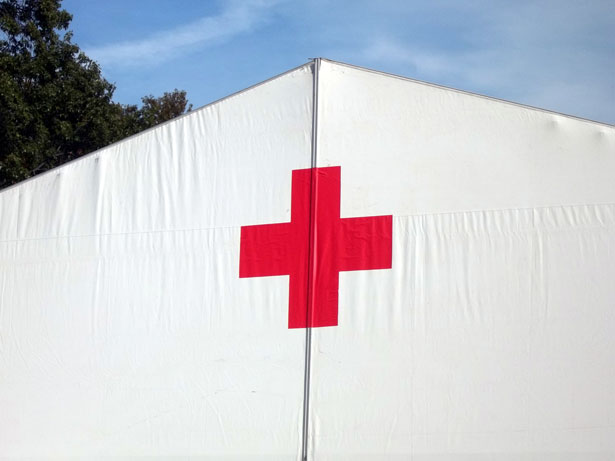 Up to 20 armed attackers opened fire on Red Cross workers and state police that were giving out aid in the town of San Juan Teneria, Guerrero.

Three police officers and one volunteer Red Cross paramedic were killed and up to nine others reported injured at the attack that took place this Sunday.

A spokesperson for the area has revealed that the armed group arrived in five trucks before opening fire on the location. At the time of the attack, Red Cross volunteers had been explaining how to use first aid kits to locals. The attackers took aim at a Red Cross ambulance, two Red Cross trucks and the police patrol vehicles that were in the area.

The state of Guerrero has been accustomed to vast swathes of organised crime-related violence in recent years. Although the area of Acapulco and its skyrise hotels draw a number of tourists, it is also one of the poorest states in the country and daily life offers a stark contrast. Acapulco became a vastly disputed cartel location due to the sea access yet the mountainous regions where poppies and marijuana grow is also dominated by cartel control.

The scope of Guerrero’s cartel problem is accentuated by the number of people involved.  It is in the mountains that the indigenous communities of Nahua, Mixtec and Me´phaa often harvest crops for the cartels, even though the lucrative opportunity only earns them around $1000 USD a year. It is also the state in which 43 students disappeared four years ago, believed to have been handed over to cartels by authorities, and just a few months ago the entire police department of Acapulco was taken over by the military amidst claims of cartel connections throughout the police network.

In response to the weekend’s attack, the Red Cross has demanded that an investigation is launched immediately into the tragedy. Pointing out that their sole purpose it to help communities around the country, Red Cross Mexico have expressed deep sadness at the event and called on locals to support the organisation.

It is considered quite unusual that cartel groups would open fire on ambulances and organisations that are involved with medical support, reported the Associated Press. No organisation has claimed responsibility for the attack, nor is it clear what the actual target of the large-scale shooting was.

Although calls have been made to bring justice to the crime, elements of impunity across Mexico have meant that the majority of crimes across the country, even as violent as murder, are never fully investigated and killers are rarely caught.

These findings were reinforced in the recent UN Human Rights investigation which took place at the start of this month. According to findings in the Universal Periodic Review, Mexico had done little to protect citizens or reduced impunity levels, and this year is on track to be the country’s bloodiest.

”No To The Invasion”: Mexicans protest against the migrant caravan in Tijuana