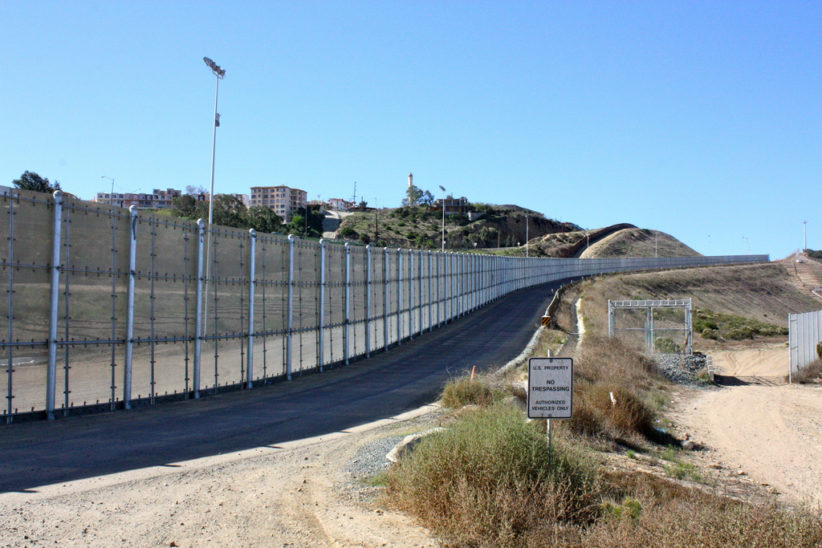 Authorities have discovered a vast underground tunnel measuring 627 feet which stretched from Mexico into the San Diego desert in the United States.

Although it has been suggested that the tunnel was, in fact, incomplete as it did not have an exit point, it had been fitted with solar powered lighting, water extraction system and a high quality ventilation system as well as a rail track throughout the tunnel.

According to the Washington Examiner, Mexican authorities discovered the tunnel in the border town of Jacume last month. Since then the cross-border investigation has worked to investigate who was behind the tunnel, yet there have been no arrests thus far.

The discovery of cross country tunnels are not uncommon between the United States and Mexico, with just a two months ago another investigation discovered a tunnel which had been fully functioning for drug trafficking. The tunnel stretched over 180 metres from the basement of fast food restaurant, KFC, in Arizona to a building in Mexico and is believed to have been used by a Mexican cartel.

Trafficking through this method has remained a pressing issue in the ongoing, and increased, the war against drugs waged by the neighbouring countries. According to the Independent, some 200 underground access routes have been discovered in the past 30 years alone, some as long as half a mile in length. What’s more, critics of Trump’s ‘wall’ suggest that this would merely push organised crime groups further underground; and, in fact, does not offer any solution to the booming drugs trade.

A tunnel of this stature cost thousands of pounds and a considerable amount of time to construct. However, this amount pales in comparison to the amount of money that is brought in on a daily basis from the illegal drug trade. It was reported for instance that in July 2018, United States authorities had managed to collect 15kg of heroin, 24lbs of cocaine, 327kg of methamphetamine and 1,900kg of marijuana at US  borders. That amount itself pales even more in comparison to the amount that successfully makes it through the borders and into the US black market.

Investigations continue into the recent tunnel discovery, however it is unknown where the tunnel would have eventually led to in the United States. Cross border partnerships ensured that no drugs were able to pass through this route, however many more continue functioning as the demand for narcotics in the United States and abroad continues.