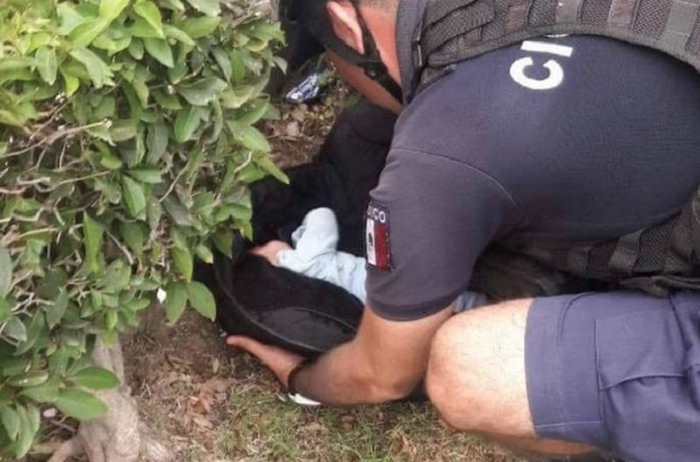 The body of young mother, Litzi Sarahí, was located earlier this week in Cenaro Codina after being last seen with her three-month-old baby in the state of Aguascalientes. The child of the sixteen-year-old was later found alive wrapped in a jacket and abandoned in a garden and has been since taken in under medical surveillance.

Authorities believe the Sarahí had been lured by the promise of free clothes for her child before being murdered. It is the third case of this kind to occur in the area.

According to the state’s Attorney General Office,  Sarahí had been contacted on social media and offered free clothing for her baby.  Local reports have stated that both the deceased’s parents and the child’s father have been informed and although little is known about the context of the case, authorities have launched an investigation into the murder.

Speaking to Mexican publication Excelsior, Rogelio González León, a municipal policeman that was working on the case has said the child is in good health.

‘‘He was in a wrapped jacket, asleep, his vital signs were checked and the decision was made to carry the child,’’ said González León.  ‘‘The baby looked in good condition, was dressed in blue, next to him was a pacifier and wrapped in a woman’s jacket. “

Since locating the body of the young mother, local claims have suggested that this was an act of femicide, which is a term linked to the murder of a woman based on gender. Although at this point authorities have not confirmed this claim, an alarming rate of gender-related killings have been reported throughout the country in recent years. An increase in reports of femicide particularly in Mexico come alongside research from the UN that locates 14 of 25 countries known for the highest rates of femicide within the Latin American region. Of the 800 femicides that occurred between January and June 2017, only 49% are reported to have been investigated by authorities.

Connections between the Sarahí murder have been made to two other cases that involve the disappearance and murder of a young mother after being offered baby clothes on social media. Twenty-year-old Jessica Gabriela Hernández García was eight months pregnant when she was contacted on social media with the offer of clothes. The mother-to-be disappeared from her home in Tampico, Tamaulipas and her body were found four days later; the killers had attempted to extract her unborn child.

In the same month, a similar case saw a pregnant  23-year-old woman named Jenny Judith Seba Velasco murdered in Veracruz and her baby taken from her body by the killer. According to Veracruz authorities, the child survived and was taken into social services and a 1 million peso reward was placed on the head of the women believed to be involved.

The perpetrators of the two earlier cases have since been caught and prosecuted and the only suspected connection between the three cases is that each woman was contacted on social media with the offer of free baby clothes.

State prosecutors are now working to find who was responsible.

Aeromexico flight crashes in Durango with no fatalities

Shootout over fuel theft in northern Mexico leads to fatalities