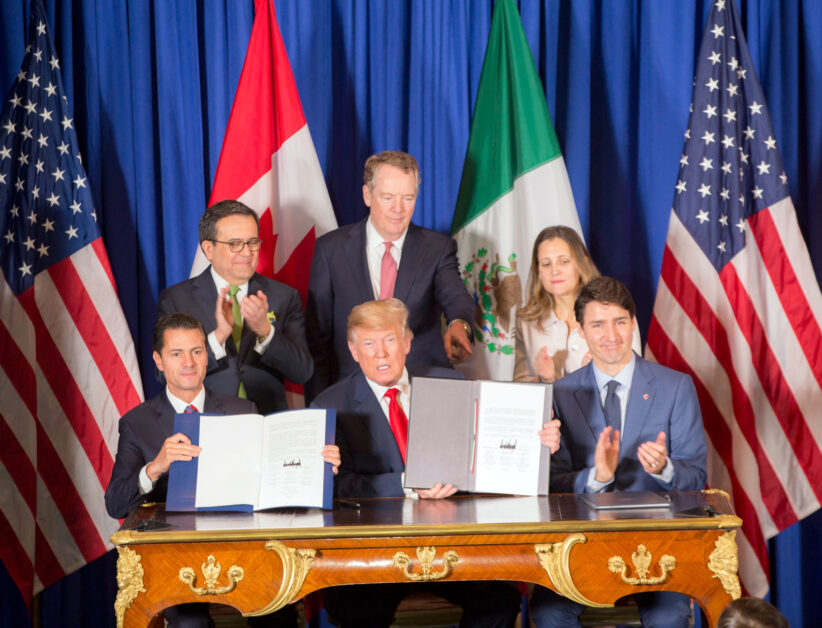 On July 20, United States Trade Representative Katherine Tai announced a series of consultation requests, within the framework of the USMCA, regarding Mexico’s “unfair” treatment of U.S. companies.

According to Ms. Tai, Mexico’s latest energy policies have favored state-owned energy companies, such as Petroleos Mexicanos (PEMEX) and the Comision Federal de Electricidad (CFE), to the detriment of American companies and U.S.-produced energy.

The following day, the Canadian Minister of International Trade, Export Promotion, Small Business, and Economic Development Mary Ng, released a statement agreeing that Mexico’s change in its energy policy does not comply with the agreement between the countries.

Issuing a formal request for consultations of their own under the USMCA, Ms.Ng stated that Canada stands in support of the U.S. challenge to Mexico’s policies.

In response, Mexican President Andrés Manuel López Obrador assured that during the negotiations behind the USMCA in 2019,  his administration had secured complete autonomy over Mexico’s hydrocarbons and policy making.

According to Chapter 8 in the USMCA, Mexico holds “Direct, Inalienable, and Imprescriptible Ownership of Hydrocarbons” and the right to reform its constitution and domestic legislation.

“There is no violation of the treaty, let the people of Mexico rest assured that we are not in breach of any commitment,” said Mr. López Obrador at a press conference.

In past months the U.S. government had reached out to its southern neighbor to voice its concerns regarding Mr. López Obrador’s energy strategy, which according to members of U.S. Congress, could put USD $44 billion of American investment at risk.

“We have tried to work constructively with the Mexican government to address these concerns, but, unfortunately, U.S. companies continue to face unfair treatment in Mexico,” said Ms. Tai.

Under article 31 of the USMCA, all members can call for consultations to revise active or proposed measures that appear to violate the agreement.

Both the U.S. and Canada are pointing out that Mexico’s latest legislation hinders foreign investment, violating chapters of the USMCA related to impartial treatment towards foreign companies and market accessibility.

The consultation process lasts for no more than 75 days to resolve the dispute; the panel must be held 30 days after the formal request has been issued,  meaning the three countries will have until August 19 to conduct the consultations.

A dispute settlement panel can be requested if no agreement is reached after the consultation.